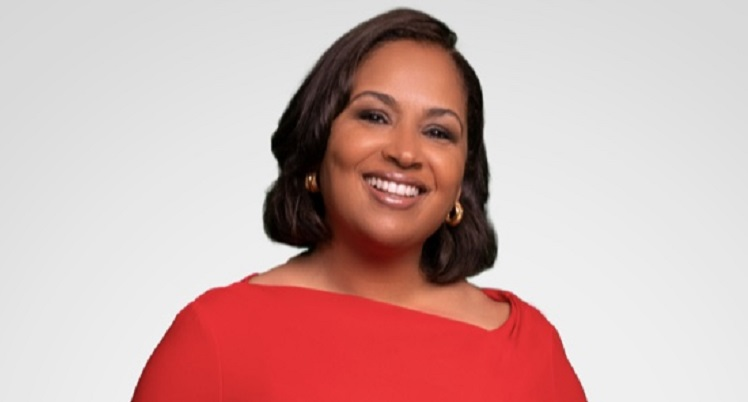 Communicator Spotlight: Allison Seymour, Who Joined WUSA9’s “Get Up DC!” After Two Decades at FOX 5 DC

Capitol Communicator has been interviewing people who are or have been in the media about their careers and the media. Below is our Q&A with Allison Seymour,  who left the morning show at WTTG-TV, FOX 5 D.C., after two decades and is now anchor on WUSA9’s “Get Up DC!”

Allison, please give us a brief overview of your career.

I started my career behind the camera at the Washington, D.C., bureau of ABC News as a Desk Assistant and a Production Assistant.  Unsure of how to advance my career, I went to Grad School at the University of South Carolina and obtained a Master of Mass Communication Degree.  Still without a clue as to how to break into tv news as a reporter, I won an AFTRA internship at FOX5 where I learned the fundamentals of reporting.  Later I took a job as a writer and Production Assistant at an unlikely news outlet called “Trucker TV.”   “Trucker” eventually ran out of money and closed, but between my FOX internship and filing reports for Trucker TV,  I was able to get enough material for a resume reel and landed my first on air job in Utica, NY, in the winter of 1993.  From there it was Binghamton, NY, where I was the first woman and African American to co-anchor the evening news at WBNG.  Albany, NY, was the next stop where I helped launch the FOX station (WXXA) and their 10 pm news.  St. Louis, MO, was next and I was the weekend anchor for the ABC affiliate.  Finally in the Fall of 1999 I got the call I was waiting for from my hometown of Washington, D.C., and FOX5 offering me a reporter position.  I would become the morning news anchor and  I would stay at WTTG-TV for almost 21 years before making the jump to WUSA9 and “Get Up DC” morning show where I am today.

I tell this story a lot because it’s true, but as a kid I remember seeing an ad on tv featuring these happy looking people who were out and about in the community greeting people who seemed so eager to meet them too.  Later I would come to know this was a news promo and not a commercial but, either way, I was hooked and I wanted to be one of the people that the community looked to for information and, yes, even a little happiness.  By the time I was in high school I was hooked on watching local news and idolizing the women I saw on tv giving out invaluable information and warmly telling the viewing audience, “thank you for joining us”  at the end of the broadcast.  When I entered Hampton University in the Fall of 1984 I had no doubt that I wanted to study journalism and join the ranks of the tv reporters and anchors I saw on tv.

Although I have wanted to be a news person since I was a little girl, I have a deep love of history.  The only other career choice I ever entertained was to be an archeologist.  It is worth noting that my 7th grade history teacher was the one who dissuaded me from this dream by telling me that my fingernails would always be dirty if I followed this passion.  True story.

Over the past 27 years there have been so many stories from the five tv markets where I have worked.  Without a doubt the horrific events of September 11, 2001, will always stay with me.  I was expecting my second child and remember thinking, “what kind of world am I bringing her into?”  A year later I was covering the D.C sniper case while being vigilant myself  as I filled up my gas tank, just like the rest of the people in the metro area.  As a mother, I was. and remain, tremendously moved by the disappearance of young Relisha Rudd from a D.C. shelter and the outpouring of love and support from the community to try to find her in the years since.  Despite all of this bad news, the stories that move me the most involve regular people and extraordinary nonprofits that help out their neighbors.  Personally, I am very proud of the work I have been involved with where I  had the opportunity to award vehicles to families or individuals who would otherwise go without. A grandmother taking care of four grandkids and needing a car to get them to school, and a parent needing a car to take her son to cancer treatments to name a couple.  For years with FOX5 I was able to help facilitate making this happen with Easterns Automotive Group.

What are the worst and best parts of the job?

The worst part of my job is seeing the ugly side of humanity, like the angry mob that attacked the Capitol on January 6th…or how cruel people can be to children or the vulnerable.  I strive for balance in this everyday, to know that this is not the norm but the exception.  The best part of my job is the same thing that attracted me to the business in the first place, which is being an integral part of my community and sharing information that matters to people.

Who are your media role models?

My media role models are Carole Simpson, who I got to know while working at ABC News in the late 1980’s, Maureen Bunyan, a longstanding news anchor in Washington, D.C.,  and the late Max Robinson, the first African-American network anchor and co- founder of the National Association of Black Journalists, along with Maureen Bunyan.  In these individuals, I was able to see myself and therefore knew that I could make tv news a career for myself as well.

The biggest challenge that I see for our industry moving forward is the easy access to news 24-7 from sources other than traditional news outlets.  It is so hard to imagine that when I was growing up, you got your news from basically three sources, ABC, CBS and NBC.  We relied on our favorite newscaster or station for our local news and you had to wait until 6pm or 11pm to get it!  Sounds unbelievable, right?  Now there are too many news outlets to count and more and more people simply look down at their phone to get information – some of it misinformation at that.  In a time in our history that the media is at times demonized, it is my hope that the public still search out reliable, credible information in this ever-changing news dynamic.

When not at work I enjoy spending time with my husband, radio personality Marc Clarke, and our three teenage daughters, Sydney, Skylar and Spencer.  Our household is a busy one with our two adopted “furbabies,” our pups, LadyBird and Gabby.  As a family we enjoy travelling, watching movies (now on the couch in the age of the Pandemic) and trying out new restaurants.  Personally I enjoy a good mystery on tv and books on history.  Our favorite vacation spot is Hilton Head Island, SC!

Although I call D.C. home, I spent my first almost four years overseas as a child of Peace Corps parents in West Africa and India.  I believe this experience gave me a deep love and respect for other cultures.