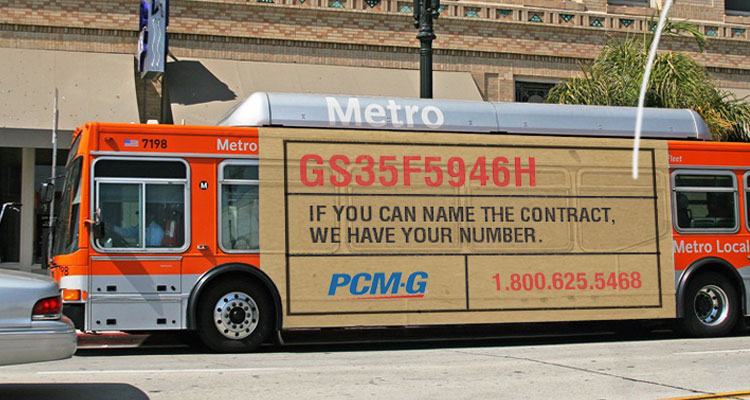 WHITE64 launched a campaign for PCMG targeting government procurement officers—key decision makers who spend a lot of money and, stated the agency, “are part of a highly specialized and unique community that lives in a world of acronym-filled contracts and codes that only they understand.”  The campaign targeted this specialized group to help drive end-of-year sales, and the agency decided to speak to them in their own language in a digital, out-of-home, and mass transit campaign that included 20 buses, and 500 rail cards in the Metro trains.

According to Social Driver, Tom Hanks invited viewers to visit their newest creation, HiddenHeroes.org, on The TODAY Show, alongside Sen. Elizabeth Dole, Matt Lauer and caregiver Jessica Allen. Although they started Social Driver with the dream of using digital to impact millions of lives, Thomas Sanchez, founder + CEO of the agency, said “I never could have imagined this happening.”

D.C.-based Spectrum is opening a Chicago office and named David Zitlow to lead operations in the Midwest and spearhead the firm’s health technology practice.  Prior to Spectrum, Zitlow served on the U.S. leadership team for Burson-Marsteller, responsible for the healthcare practice.