Home » Left to Our Own Devices 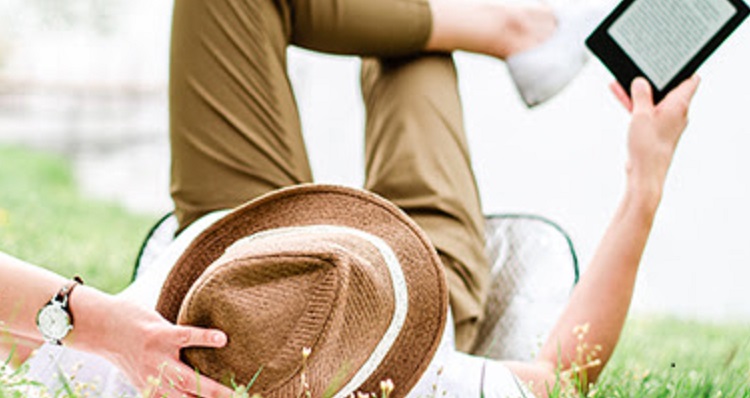 Left to Our Own Devices

“Left To Our Own Devices” is the subject of an article in The Wall Street Journal by Matthew Kitchen. He writes about how our isolation since March has made our reliance on technology impossible to avoid and discusses 20 ways that the pandemic has changed the digital landscape.

1. We looked at screens. And looked at screens. And looked at screens.
According to a survey commissioned by optical retailer Vision Direct, people’s average daily screen time has soared to more than 19 hours a day when accounting for viewing on multiple devices at the same time. If this continues, a newborn with an average life expectancy will spend nearly 58 years basking in the glow of laptops, smartphones, televisions and whatever other screens 2048 brings. If this bothers you, consider this. Google searches for blue-light-blocking glasses have tripled since last March.

2. Couches became offices.
A big surprise came to those with the lifelong belief that real work only gets done when people go into an office. As the greatest work-from-home pilot program in history has unfolded successfully, casting aside traditional norms of how business is conducted, office decorum has pretty much gone out the window. Cheap rental office chairs have been replaced by cushioned couches and divans. Comfort has come to the meeting room, as is evidenced by anyone who has logged on to a video meeting. And that “anyone” is one heck of a lot of people. Log-ins for the now ubiquitous video platform Zoom jumped from 10 million a day in December 2019, to more than 300 million a day by late March.

3. Zoom to the rescue, mostly.
In addition to Zooming our way through meetings, we began using Zoom for social occasions, too. Game nights. Weddings. Funerals. Birthday parties. Happy hours. Until we all learned how unsatisfying video chat can be compared with the real thing. Doctors were quick to define this exhausted feeling “Zoom fatigue.”

4. We saw doctors, remotely.
When we felt exhausted, we got our Zoom fatigue diagnosis through telemedicine. According to a survey by the American Psychiatric Association, the percentage of patients regularly using some form of telehealth with a professional rose from 2.1% pre-pandemic to more than 84.7% as of this summer.

5. The end and beginning of school field trips.
Teachers found new ways to help kids escape online classrooms before they went crazy. Jilleen Butler runs socialfieldtrips.com. They highlight 101 excursions, including an interactive tour of New York’s Metropolitan Museum of Art, live streams of penguins, pandas and polar bears at the San Diego Zoo, live chats with  rangers at Denali National Park and a 360-degree exploration of Mars by way of NASA’s Curiosity Rover. According to Ms. Butler, “Virtual field trips are a way to bring kids into a real-life experience.”

6. “Going Out” got a new meaning.
You name it. Plays, symphonic concerts, book tours and other cultural events all went virtual, too. Twitch became the venue. According to Will Farrell-Green, head of music content at Twitch, “With virtual events, you’re no longer confined to the number of seats in an arena. Regardless of where in the world you may be tuning in from, you’re in the front row.”

7. Video dating became a reality.
Dating sites were quick to roll out apps that allowed for face-to-face talk and games intended to help break the ice. Bumble reported that it saw a 70% rise in video chats this summer. Hinge reported that 44% of their users have now tried video dating. More than half of those surveyed by Hinge said they’re likely to continue to use it even after the pandemic is gone, unless they found “the one” first.

8. We were forced to exercise at home.
With gyms closed and the rise of bread-baking so incredible that there was a short term shortage of yeast, Americans needed ways to burn off the estimated 1,909 calories in a loaf of wheat sourdough. Peloton’s active user count more than doubled in 2020, from 1.4 million before the pandemic hit to 3.1 million. That’s a lot of demand for online spinning classes. Users upped their workout frequency, too, from 12 per machine per month last year to 24.7 in 2020. The Mirror, a giant vertical screen that lets you enter workout classes and dial up personal trainers, said it’s seen a five-fold jump with the under 20 crowd.

9. Workout classes went online.
Even without space for gym equipment, people still logged onto Instagram Live and Vimeo for exercise. In Manhattan, studios like Good Day Pilates added streaming options for $20 a week. Founder Clara Biani said, “Pivoting online has been extremely valuable, giving us newfound flexibility and reach through an additional platform.”

10. We bought homes without even visiting them.
Despite the screeching stop to things that happened in March, people still moved, changed addresses and bought new homes. After first relying on crummy video taken by tenants, landlords quickly upped their game. They turned to companies like SmartRent, which began creating self-guided interactive tours of living spaces so prospective lessees could safely explore at a distance. More than 33,000 families have toured spaces using SmartRent in 2020.

11. We fled subways and public transit systems for e-bikes.
Mass transit ridership fell by as much as 96% in cities like New York and Washington, D.C., in March and April. Conversely, single-rider electric vehicles skyrocketed. Dutch e-bike brand Vanmoof saw sales spike 397% worldwide and 91% in the U.S. According the brand spokesperson Barry Bracken, “Changes in attitudes that might have taken place over the next 5 years have taken place in just the last 5 months.

12. We ordered in.
To help keep our favorite restaurants afloat, in the wake of the March lockdown, delivery and Grubhub increased by 32%. America’s most popular item? Spicy chicken sandwiches, for which orders shot up 299% compared to the first half of last year. Grubhub’s top search item for 2020? Wine.

13. Eating out went high-tech, too.
When reopening began, germy plastic menus were replaced by high-tech placards with QR codes that customers could scan. Many restaurants have become entirely contactless. In-house customers order and pay via smartphones. All the masked staff has to do is drop off drinks and food and wipe down tables.

14. Digital payment hit a tipping point.
QR codes have also helped make contactless payments easier. Scan them in apps like PayPal or Venmo (which saw an increase of 52% in Q2 of this year). You can quickly bring up profiles for vendors and friends you want to pay. No need to interact with strange surfaces. Tap payments are also up in 2020, according to MasterCard. A survey it conducted earlier this year found that 46% of respondents are updating to tappable credit cards, which are seen as cleaner and faster than inserting or swiping.

15. We downloaded lots and lots of books.
While most bookstores were temporarily closed, e-book sales increased as much as 39% in June compared to the same time last year, according to Good E-Reader. This jump is largely due to a 132.5% increase in the sales of children’s and young adult titles. And while libraries locked their doors, borrowing e-books via Kindle or popular reading apps has risen 52% in 2020, according to the e-book company OverDrive.

16. We watched more TV than ever before.
TV viewing is up 81% year over year. That means American households watched 4 billion more hours of television in 2020 versus 2019, according to Nielsen. Sales of screens 65 inches and up soared 77% between April and June, compared with the same time a year ago, as reported by research firm NPD Group.

17. Films premiered in our living rooms.
While some movie franchises simply shelved their properties for 2020, most notably the new James bond movie, family films like Disney’s Mulan were beamed straight to our home sets to feed our collective need for fresh content. While Mulan bombed amid its rushed debut, “Trolls World Tour” broke digital box office records in April, bringing in $77 million domestic in its first week.

18. We ditched disks for downloads.
Sales of playable downloads have surpassed physical disks for the first time, earning 82.8 billion through August, according to Nielsen’s SuperData. Nintendo’s Switch console, already 3 years old, celebrated a record spike in August, with sales shooting up 37% over the same month last year. Both the machine and its popular game, “Animal Crossing: New Horizons,” briefly sold out at many online marketplaces.

19. Retail went virtual.
E-commerce shot up across the board. According to Nike CEO, John Donahoe, “Digital is fueling how we create the future of retail.” The brands online sales rose 82% in2020’s first fiscal quarter. Grocery sales through apps and websites saw one of the most significant upticks. According to online research firms Brick meets Click and Mercatus, the number of people shopping for ingredients and snacks online nearly tripled compared with last summer, and in June, online grocery sales increased to $7.2 billion, up from $1.2 billion in June of 2019.

20. We traveled different.
With international restrictions in place, wanderlust found a new avenue. We took virtual walks atop the Great Wall of China, around Easter Island’s heads or through the Van Gogh Museum in Amsterdam. Some 2.2 million people have found inspiration or solace in photos posted on the Facebook group, “View from my window.” Members can share shots of the beautiful sites they’ve found. Others hopped aboard “flights to nowhere” that took off and landed at the same spot after a few hours in the air.

So, life has changed significantly this year. Unpredictably. As one person remarked, anyone asked five years ago where they see themselves in five years was wrong.

According to Matt Klein, director of strategy for Sparks & Honey, a consultancy that studies cultural trends, “We’ve witnessed that there’s a tech solve for each of our disruptions: shopping, therapy, concerts, drinking, games, you name it. Are these experiences exact replicas? No. But it paints an optimistic future.”

This post provided by MDB Communications, a Capitol Communicator sponsor.

Sponsor: MDB Communications is a full-service, media-neutral agency that's powered by experienced leaders and innovators. As an independent agency with the drive and determination to help our clients succeed, we're also able to chart our own course for success and make decisions that are always in our clients' best interests. From brand development to media planning, creative execution to public relations, we deliver solid thinking, airtight strategy, messaging that motivates and the metrics to prove it.MDB top executives carry demonstrable credentials shaping strategy, positioning and creative for major brands. Clients such as Sprint, the American Bankers Association, National Geographic, Destination DC, DC Lottery, Fannie Mae, the United States Mint, and the International Spy Museum have discovered that MDB delivers a solid return on their investment.