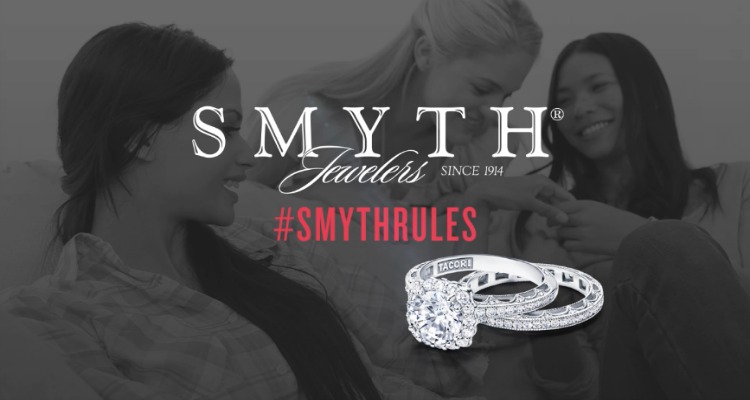 Smyth Jewelers has launched its latest advertising campaign, the “New Rules of Engagement,” targeting Maryland millennials. Born from the insight that the engagement process has been modernized by a younger generation, the campaign acknowledges the trends and etiquette that have become the norm before, during and after “popping the question.”

The ads by Fells Point-based TBC, Inc. feature 50 rules – the do’s and the don’ts – of the contemporary engagement journey, from sharing Netflix passwords to the token social media post announcing the proposal, according to a release.  Rooted in humor, wit and real-life scenarios, “New Rules of Engagement” reflects the changes in how millennials navigate relationships, how they receive and share information and how they make purchase decisions.

The campaign will primarily focus on social media, digital promotion and guerilla marketing tactics to reach Smyth’s target market. Social components include Facebook video ads as well as paid and organic Pinterest placements. Select bars throughout downtown Baltimore, Ellicott City and Annapolis will also carry coasters with a blank space that invites patrons to write-in new rules, then snap and upload a photo to social media using hashtag #SmythRules for consideration to become an official rule.

In addition, Smyth will sponsor popular local events and programs including social sports leagues and WTMD’s First Thursday concert series at Canton Waterfront Park. The rules will also appear on outdoor advertisements, in-store signage and on the radio.

“We were eager to roll out this campaign and grab the attention of the generation that is now dictating how engagement rings and jewelry in general is purchased,” said TBC, Inc. Chief Creative Officer Allan Charles. “Smyth is a 100-year-old family-owned and operated company that is keeping up with retail trends and staying relevant to a demographic that is driven by always-on digital and social engagement.”