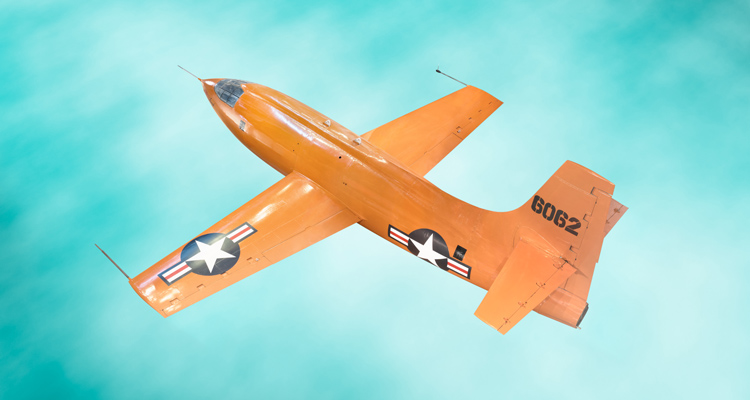 On October 14, 1947, 75 years ago, the Bell X-1 became the first aircraft to break the sound barrier, reaching a speed of 700 miles per hour, Mach 1.06, at an altitude of 43,000 feet. The aircraft was piloted by U.S. Air Force Captain Charles E. “Chuck” Yeager, who named the airplane Glamorous Glennis in tribute to his wife. Cade Martin told Capitol Communicator: “Jeff hired me to create images of the Bell X-1 for the National Treasure section of the Smithsonian Magazine.

“I love working in museums – one of the things I have always really enjoyed is the ability to walk around behind the scenes of locations that we are working at. I always have found that the back corridors are fascinating, and places that I would never be able to venture and experience as a regular rule-following visitor. The dream is to get to experience these spaces and their treasures in ways most don’t.

“It is my own Scooby-Doo mystery, you never know what is lurking, on display or in storage, around the corner. In addition to being able to hang out and talk with the curators, a lot of times it is literally the Night at the Museum since we have to work after hours so as not to interfere with everyday goings on.”