Home » Remembering some members of the media who died in 2022 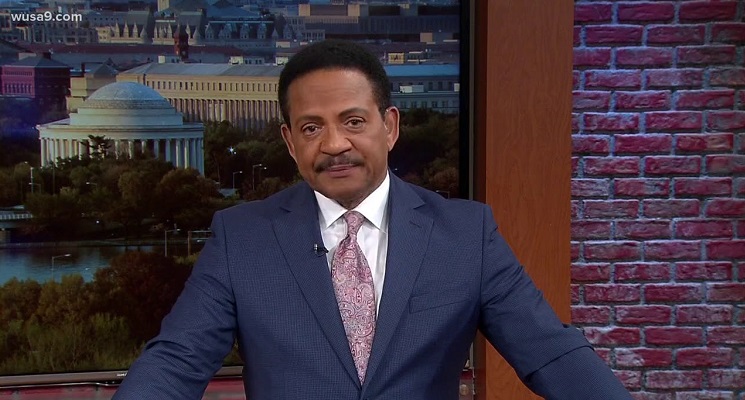 Remembering some members of the media who died in 2022

TVNewsCheck has a year-end report on the deaths in 2022 of outstanding men and women who shaped television. Below are those with a connection to Washington, D.C.

Bruce Johnson, who anchored the news on CBS affiliate WUSA Washington for 44 years, died on April 3. He was 71. Johnson, pictured above, who announced his retirement from WUSA about two years earlier, completed a bachelor’s and master’s degree before landing at what was then WTOP-TV at age 25.

Renee Poussaint, longtime WJLA Washington anchor, died March 4 at 77. She was co-anchor of the 6 and 11 p.m. WJLA news beginning in 1978 and held that position for more than a decade. A trailblazing journalist, Poussaint began her career in broadcasting in 1970 working in Chicago, ultimately substituting for Peter Jennings on ABC World News Tonight. She was also a former network correspondent for CBS and ABC News, winning three national Emmy awards for her work on ABC’s PrimeTime Live for reporting, writing and interviewing.

Jim Hartz, the low-key, folksy newsman who hosted Today with Barbara Walters in the mid-1970s, less than halfway through his three-decade television career, died on April 17. He was 82. At 24, he was hired away from KOTV Tulsa, Okla., by NBC and became evening anchor at WNBC New York. After Today, he anchored at WRC Washington, hosted Over Easy, Innovation and Asia Now at PBS. He was 82.

Bernard Shaw, CNN’s chief anchor for two decades and a pioneering Black broadcast journalist best remembered for calmly reporting the beginning of the Gulf War in 1991 as missiles flew around him in Baghdad, died Sept. 7. Shaw was at CNN for 20 years and was known for remaining cool under pressure. Shaw was a former U.S. Marine who worked as a reporter at CBS and ABC News before taking on the chief anchor role at CNN when Ted Turner started the cable news network in 1980 as co-anchor of its PrimeNews broadcast, anchoring from Washington, D.C. He was 82.

Bill Plante, whose tenure as a CBS News White House correspondent spanned the administrations of Ronald Reagan to Barack Obama, died Sept. 28. He Plante retired in 2016 after 52 years with the news division, a career that included coverage of the civil rights movement and of Vietnam, as well as all presidential elections from 1968 to 2016. Plante was also the anchor of CBS Sunday Night News from 1988 to 1995. He was 84.