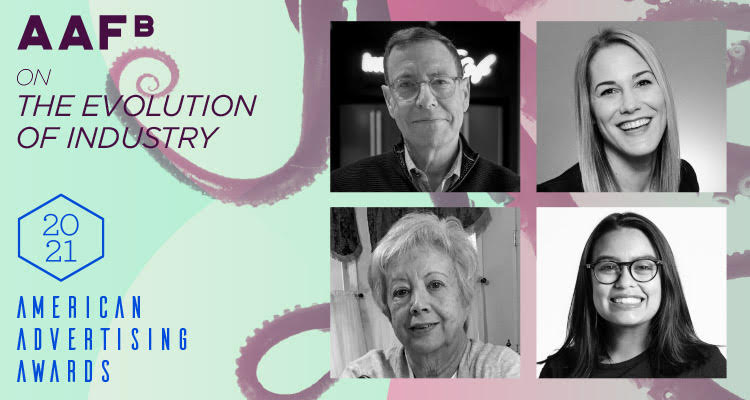 “In a particularly challenging year, we’re proud to be able to honor these bright spots in the Baltimore ad community, whose talent, hard work, and selflessness have shaped our industry and opened doors for so many people,” said Courtney Black, AAFB president and senior account executive at GKV.

Lifetime Achievement Award – Dave Imre, CEO, Imre
As the CEO of Imre, Dave’s role is to liaise with clients as well as mentor other leaders within the agency. Dave founded Imre 27 years ago in his basement as a marketing and public relations consultancy for Baltimore-based clients. Imre has grown tremendously over the years to become a national agency with multiple offices across the country. In his free time, Dave volunteers with the Maryland SPCA, travels, and spends time with his husband and their two dogs.

AAF Silver Medal Award – Becky Smith, Executive VP of Marketing and Strategy for SECU Maryland
Becky Smith serves as the Executive Vice President and Chief Strategy & Marketing Officer for SECU. In this role, she is responsible for developing and executing the long-term plans and initiatives required for SECU to achieve its strategic and financial objectives. Becky has 20+ years of experience in agency and on the client-side and was recognized in 2019 by DCA Live as one of the top CMOs.

Katherine Mahool Fowke Iconoclast Award – Linda Stanley, Former Director of AAFB
Linda Stanley, who has had an extensive career, has previously served the AAFB as Secretary, First Vice-President, and President. Linda began as the Sr. VP, Director of Operations at Eisner Communication. She then became the Executive director of the AAFB from 2008 to 2014. During her time in this role, she oversaw the transition of the AAF National affiliation and has left a lasting impression on the organization.

In addition to awarding 48 ADDYs, the interactive “Evolution of Industry” event included a number of special guests – from a live pianist, to a mixologist. A portion of the proceeds from this event will benefit the AAF Baltimore Foundation’s Student Scholarship Fund.