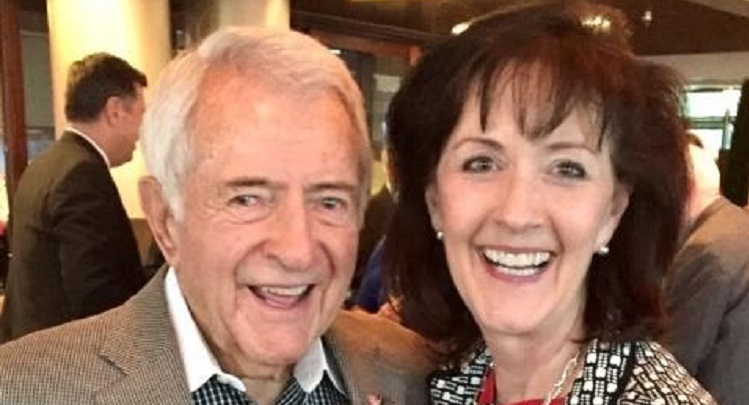 We have lost a truly great Washingtonian, business and advertising media icon, and champion and mentor to many of us with the passing of Andy Ockershausen.

Andy “O”, a luminary business leader and personality, was a member of the some of the most notable and prestigious Washington, D.C., organizations and a great friend and supporter of many worthy causes. Andy was a 1995 Washingtonian of the Year, DC American Advertising Federation Silver Medal Recipient, Silver Circle Award honoree from the National Academy of Television Arts and Sciences, and a director for the Greater Washington Board of Trade for 40 years.

Andy was an inspiration to many of us and a mentor to a fortunate few. His optimism was infectious, his personality was magnetic, and his wisdom was profound; you always felt alive when you were with him. A great Washingtonian indeed – he will be sorely missed.

Any and all of these words can be used to describe him: Broadcaster. Pioneer. Leader. Fundraiser. Salesman. Mentor. Scoundrel. Patriot. Washingtonian. Friend.

Andy built Washington, D.C.’s WMAL-AM into a ratings juggernaut, and used the leverage of his position to perform community service and to help reform the entire broadcast industry.

More than a quarter-century AFTER receiving a lifetime achievement award from the Greater Washington Board of Trade, Andy O. continued to serve his hometown.”

A third generation Washingtonian, Andy spent his career in broadcasting at the Evening Star Broadcast Group, WMAL and WMAL TV, Channel 50 and Comcast/NBC Universal. Andy’s experience and leadership at major stations allowed him to conduct business and develop close relationships with U.S. presidents, sports heroes, and influencers in the political, business and charitable communities.

Following Andy’s decades of success in broadcast, not one to retire, his devoted wife Janice Iacona, a successful media executive in her own right, proposed an ongoing podcast series OUR TOWN which Andy hosted for five seasons.

OUR TOWN featured a different personality/talent in each episode. Andy’s experience, deep understanding and knowledge of Washington, D.C., during the 60s, 70s, 80s and 90’s and his close relationships with the guests, brought a unique perspective to their story. Andy interviewed characters who have made an impact in our lives for more than five decades. Listeners had the opportunity to catch up with people they considered their heroes as well as old friends.