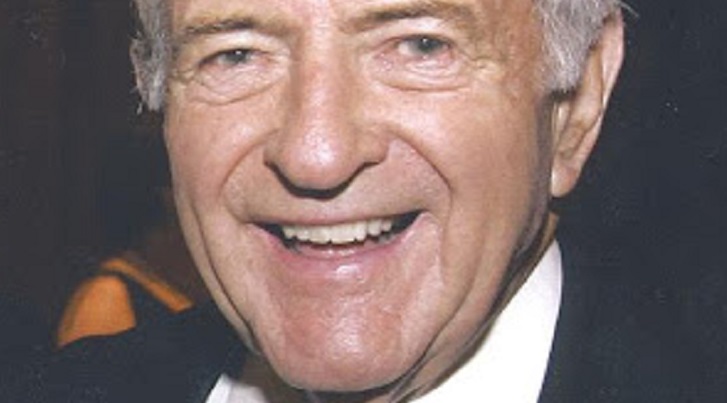 Andy Ockershausen, a D.C.-area business and advertising media icon, died on March 17. A third generation Washingtonian, Ockershausen spent his career in broadcasting at the Evening Star Broadcast Group, WMAL and WMAL TV, Channel 50, Comcast/NBC Universal and, most recently, as host of the podcast series Our Town With Host Andy Ockershausen. He was 92.

Born Andrew Martin Ockershausen, but known by many as “Andy O”, he was appointed station manager of WMAL in 1960. According to Wikipedia, one of Ockershausen’s first moves was to team Frank Harden with Jackson Weaver for WMAL’s morning drive show after the duo had a successful tryout hosting an evening comedy show patterned after another radio duo Bob and Ray; Harden and Weaver took off in popularity and quickly became the top-rated morning show in the Washington market, featuring a blend of news, interviews, light music and comedy. In 1970, Ockershausen was named vice president, operations. Seven years later, he was appointed executive vice president. He stayed at WMAL until 1986.

According to one online item: “Andy’s experience and leadership at major stations has allowed him to conduct business and develop close relationships with individuals including: US Presidents, sports heroes, and influencers in the political, business and charitable communities.’

D.C. PR pro and close friend Charlie Brotman said he and Ockershausen “were longtime buddies – “brothers” would better describe our relationship. We’ve been doing things together for the past five decades. We’re both native Washingtonians and Andy went to Eastern High School while I went to McKinley High. Professionally, I went on to do sports and public relations and Andy became Mr. WMAL Radio.

“While I could share many stories about him, the one that comes to mind is when I did PR for the Sugar Ray Leonard – Marvelous Marvin Hagler championship boxing fight in Las Vegas with the middleweight title at stake. Tickets were $1,000 and up and the event still sold out.

“Two days before the fight I received a call from Andy when I was in my suite at Caesar’s Palace.  I asked Andy where he was and he said he also was in Las Vegas.  I asked what he was doing,  he said he came to see the fight. I asked how he got tickets to the sold out event and he said he didn’t have a ticket. When I asked where he was staying, he said “with you.”  I told him my wife Sada was with me, so there was no place for him to sleep and he responded “no problem,” so, for the next two days, it was Andy, Sada and me sharing the suite – and, of course, I paid all the bills..

“Andy said, “No problem, I’ll just sign your name to everything!”

“So, Andy got free lodging at Caesar’s Palace, a free ticket to the sold-out fight and free breakfasts, lunches and dinners. But, he was a little peeved that he had to sit in the second row – the first row was for the $10,000 ticket holders and those seats were all sold.

“Of course, I had to apologize for not being able to get Andy a seat first-row seat … and that was normal in my decades-long relationship with Andy.

“Andy, I was always laughing with you, not at you.  I cherished our times together!”