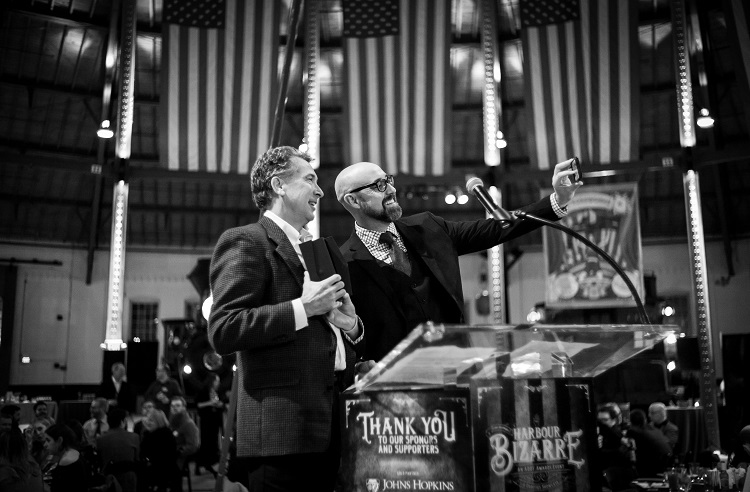 The “Freakin ADDYs,” which was produced by Jeremy Martin, creative director and founder of Mammoth Creative, shocked and amazed more than 300 marketers from across Maryland, with a spectacle of oddities and performances that included a contortionist, a sword swallower, a human blockhead and a sideshow barker.

“The American Advertising Awards is the high holiday for creative, business and technology in Baltimore,” said Matt McDermott, AAFB president and creative director at idfive. “There’s not an industry event in this region that comes close to its energy, authenticity, and bold attitude.”

“Taking home a Best in Show honor six out of the last 11 years represents a level of consistency that we’re all incredibly proud to be part of,” said Dave Wassell, chief creative officer of MGH. “We’re thrilled to once again be recognized by the AAF Baltimore for the creative work and campaigns crafted and executed by our very talented staff.”

GKV was recognized with 12 ADDY awards, the most awarded to any one agency, consisting of five gold and seven silver in a variety of local and national advertising categories. Client campaigns included Bridgestone Golf, Frank’s RedHot, Maryland Lottery, McCormick & Co., and OLD BAY.  “We are honored to be recognized for our creative work by the advertising community in Baltimore,” said Roger Gray, chairman and CEO. “Our challenger brand philosophy drives our innovation and helps us push the boundaries creatively for our clients.”

The American Advertising Awards competition is the industry’s largest and most representative competition — attracting more than 40,000 entries every year in local competitions. Gold winners at the local level move on to the regional competition, competing with agencies from Maryland, Pennsylvania, New York, Delaware, Virginia and Washington, D.C. A win at the district level earns a spot in the National American Advertising Awards Competition. National winners will be announced at the AAF’s national conference, Admerica, taking place June 5-8, 2019 in Hollywood, Florida.