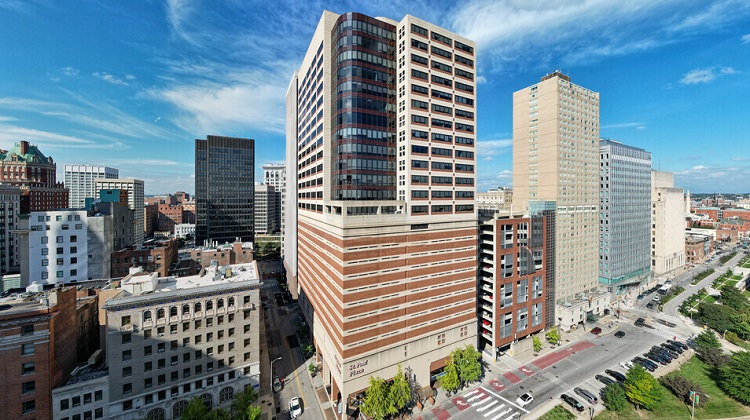 The Baltimore Sun is heading back to downtown Baltimore and will be located in the same office building as The Daily Record.

According to a report, The Sun has signed a lease for office space at 200 St. Paul Place, publisher Trif Alatzas announced in a memo sent to staff. He said he expects the suite to be ready for a move-in during the first quarter of 2023.

The newspaper’s new offices at the corner of Lexington Street and St. Paul Place will be just a few blocks away from its longtime home at 501 N. Calvert St. After 68 years in that building, The Sun’s editorial and business operations staff moved to Baltimore Peninsula, formerly known as Port Covington, in 2018, joining what was then the paper’s printing plant at Sun Park.

“We are thrilled to be back in the heart of the Central Business District in a space that is well suited to our needs,” Alatzas said in a statement. “For more than 185 years, The Sun has been the leading source of news and information, advertising and customer service for this region. Thanks to the support of our readers, our digital subscription program is one of the strongest in the nation. We look forward to building on that success.”

The announcement comes as the company finalizes its departure from Sun Park. The Sun closed its printing plant there in January, and relocated printing operations to Wilmington, Delaware. Staff gathered for a last day in the Sun Park newsroom on Dec. 9.

The building, known as St. Paul Plaza, includes as tenants the offices of the Maryland Attorney General and the Maryland Insurance Administration.