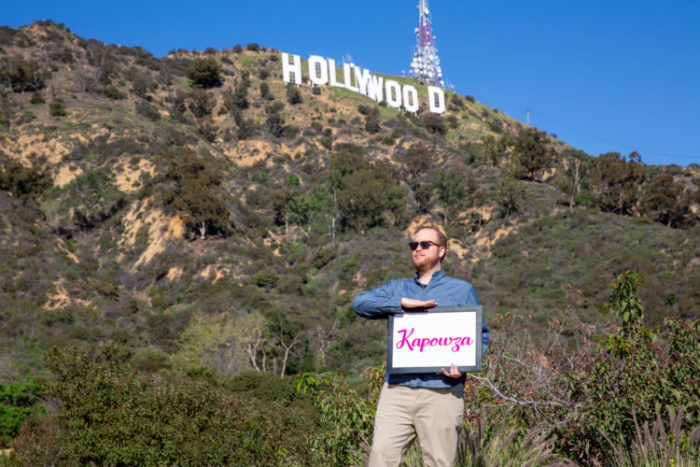 Emmy-award-winning creative agency Kapowza has opened an office in Los Angeles to tap into new opportunities with clients in the creative and film industry.

Agency founder Dan Schepleng, in photo, is spearheading the launch and made the full-time move to the West Coast in late December. Chief Marketing Officer Sean Sutherland will remain in Baltimore to oversee East Coast operations.

“We’ve always said that Kapowza feels like a bi-coastal agency based on our style and the type of clients we work with,” Schepleng said. “This is the logical next step for what we’ve been building in Baltimore, and there’s no better place to do that than L.A.”

While getting the office up and running, Schepleng will initially be working out of Hollywood, specifically the co-working space of Neue house.

“It already feels like we’re a different agency, a better agency because of this,” he said.

Kapowza is coming off its best year since its founding six years ago, adding team members and new accounts along with double-digit growth, according to Schepleng.

The L.A. move is also an extension of changes Kapowza made in 2020 in response to the pandemic; wherein Kapowza traded its office space for a coworking space, with some team members going fully remote as well as shifting to a hybrid model.

“The ability to work from anywhere just sped this move up by about five years, so why not be in a creative environment like Los Angeles,” Sutherland said.

For the fourth year in a row, Kapowza had new ads premiering during the Super Bowl for long-standing client Northrop Realty.

Cultural icon: Kapowza founder Dan Schepleng is photographed at the famed Hollywood Sign on the eve of Super Bowl weekend.