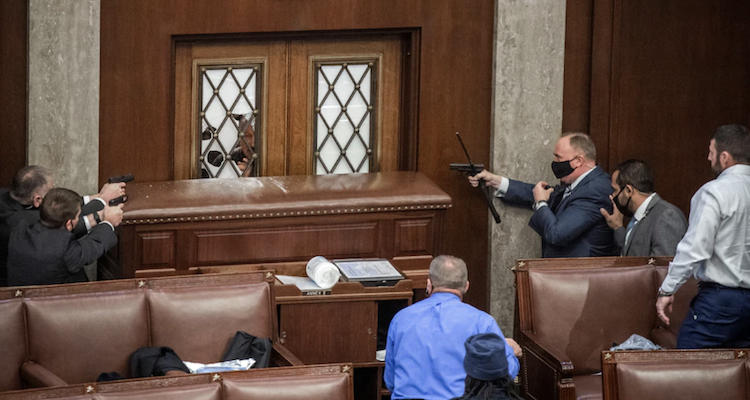 The staff of The Washington Post has won the 2022 Pulitzer Prize for Public Service for its coverage of the January 6, 2021, attack on the U.S. Capitol.

According to The Post, its coverage “included intimate accounts of what the U.S. Capitol Police confronted, a haunting story about how Ashli Babbitt became a rioter, a piercing look at how everyday Americans joined the mob and a 14-minute video that published just 10 days after the attack and took viewers inside the Capitol in a way they had not seen before.”

“The Post also uncovered new information about the events before, during and after the insurrection and to provide the American people with a definitive account of the worst desecration of the Capitol since British forces burned it in 1814. The resulting three-part series provided penetrating coverage of the failures that led to the attack and illustrated how the forces behind that assault remain potent and growing, undermining the faith many Americans have in the integrity of their elections — and laying the groundwork for battles yet to come,” states The Post.

The Pulitzer awards are made by Columbia University on the recommendation of the Pulitzer Prize Board, composed of judges appointed by the university and is considered the most prestigious in American journalism.