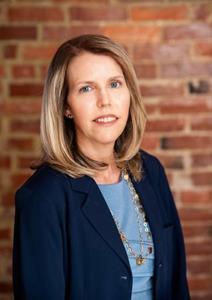 CareFirst BlueCross BlueShield (CareFirst) adds Kelly L. Ceballos as Director of Public Relations. The announcement by CareFirst, the region’s largest not-for-profit healthcare company, is the second addition in the span of a few weeks to its Marketing & Government Affairs team.

As CareFirst’s Director of Public Relations, Ceballos will focus on communications strategies that leverage the public and media relations for the company. Before joining CareFirst, she spent nearly four years at the U.S. Department of Health and Human Services (HHS) Centers for Medicare & Medicaid Services (CMS). As the Deputy Director of the agency’s press office, Ceballos oversaw the day-to-day operations of the media relations work for all of CMS’ programs including Medicare/Medicare Advantage and Medicaid.

“Kelly is a seasoned public relations professional, who adds a broad range of perspectives to the communications team already in place at CareFirst,” said Mack McGee, Vice President and Chief Marketing Officer for CareFirst. “I am excited to work with Kelly as she helps CareFirst tell the important story of the work we are doing with and for our members, stakeholders, the community and as an innovative healthcare thought leader.” McGee joined the company July 13.

Ceballos also has extensive prior non-profit and government experience serving as the Director of Communications for the League of Women Voters of the U.S. for 15 years and in media relations roles with the U.S. Departments of State and Commerce.