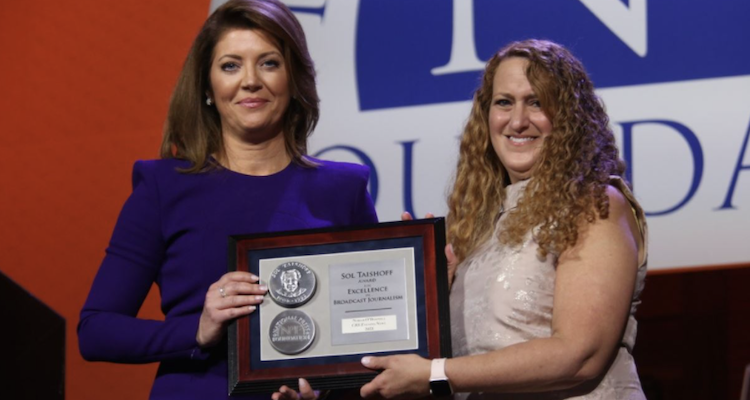 O’Donnell and her CBS News team were honored for their investigation into the military’s handling of sexual assault and harassment across all branches of government. It was an 18-month-long endeavor, states TVNewser.

“For more than a decade, the Pentagon has vowed to eradicate sexual assault, and yet we found allegations of military sexual assaults are on the rise … more than 20,000 active duty members in one year according to their own last survey,” O’Donnell said as part of her award acceptance remarks. “We spoke with nearly two dozen survivors and whistleblowers. Our work triggered an immediate and real-time response from Pentagon leadership. President Biden ordered a commission to pursue solutions and it was one of Secretary Austin’s first commissions. Our investigative team of producers: Adam Verdugo, Kristen Steve and Megan Towhey won this year’s DuPont award.”

TVNewser adds that PBS NewsHour correspondent Lisa Desjardins was also honored by the NPF with the 2021 Everett McKinley Dirksen Award for Distinguished Reporting of Congress. Desjardins reported from inside the U.S. Capitol during the infamous Jan. 6 insurrection on the Capitol. The National Press Foundation judges noted that Desjardins, who has covered Capitol Hill for the past 16 years, remained calm even as she reported on rioters shattering the doors of the building and streaming inside.