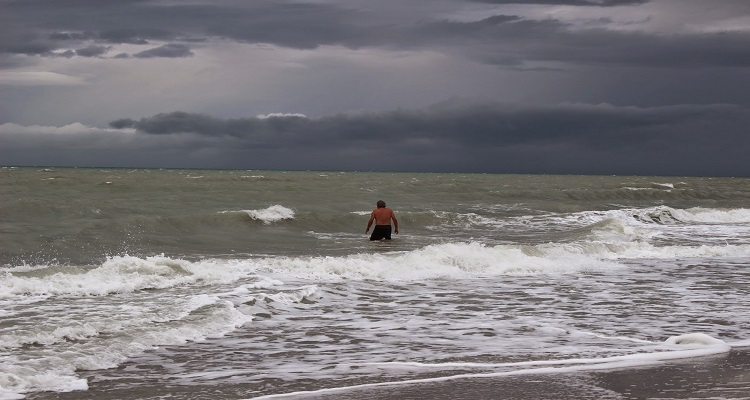 Chuck Donofrio, former CEO of Carton Donofrio Partners and known as a brilliant strategist and empathetic mentor to many Baltimore-area communicators, passed away on November 26 of complications related to Alzheimer’s disease. He was 62 and had been diagnosed with the disease in his early 50s.

Chuck Donofrio led the agency his father, Hal Donofrio, founded in 1964 as Richardson, Myers & Donofrio (RM&D), which later became known as Carton Donofrio Partners. Chuck was named chief executive officer in 1993 and held that position for 17 years. In typical Chuck fashion, he announced the diagnosis to the Carton Donofrio Partners staff in 2009 and then started a blog to chronicle his journey first-hand through the clarity of his writing.

His blog, “Early Onset Alzheimer’s Adventure,” included insights from doctor visits, lunchtime walks in Baltimore, his beloved bird-watching and hiking expeditions, vacations in Sanibel Island and observations of daily life with the diagnosis.

“My secrets are benign,” he wrote in one of the first entries. “And yet, it took a real act of courage for me to disclose to my colleagues at work that I have Early Onset Alzheimer’s Disease. I did not know what to say. I was afraid that I would be the cause of whispers in the break-room. I was worried that people would treat me differently, that there would be a hush when I walked by. I work in a warm and cordial environment…something that I am proud of, as CEO of a well-respected east-coast advertising agency.

“As you might expect, the decision to ‘go public’ seemed, at first, like a big hurdle, but when I decided, with the help of my colleagues, to go public with this change in my personal fortunes, a great relief came over me, and I was able to confront the unpleasant prospect of this disease with an ‘attitude of gratitude.’”

The agency closed in 2013, citing changes in the advertising agency industry and family-related personal matters as factors in the decision.

“Chuck was a human first. Dad and husband second, and because of those, an amazing mentor and brilliant student of insight into what motivates people and companies,” said Lisa Nickerson Bucklin, a client who later was hired by Chuck and worked at the agency for more than 11 years. “Chuck was the antithesis of the Mad Men agency persona. He was wicked smart, but humble and quite shy…more of a thinker, brooder who cared deeply about the world.”

The Advertising Agency Federation of Baltimore awarded a Silver Medal Award to Chuck in 2011. Under his leadership, the agency was among the first in the region to embrace digital media, pioneering online advertising in the higher education sector and developing early social media concepts.

“When it was time for the award, I was surprised and a little nervous as Chuck stepped up to the microphone,” former PR Director Rosemary Ostmann wrote in a remembrance blog post. “The crowd finally stopped clapping and sat down, and he opened with, “Well, Alzheimer’s sucks.” Classic Chuck.”

“One of Chuck’s greatest gifts was attracting and retaining smart, talented people,” Ostmann said. “His ability to do that wasn’t about cult of personality, as it is for so many leaders. He was a true visionary driven not by greed or ego, but by intellectual curiosity and meaning. He was a role model to countless professionals in myriad industries whose work now becomes part of his legacy.”

Chuck Donofrio joined RM&D in 1983 from Young & Rubicam/New York, where he spent three years in account management on General Foods International Coffees and related Maxwell House Division new product development, The United Negro College Fund, and Eastern Airlines. Prior to Young & Rubicam, he worked in Seattle for Cole & Weber, a subsidiary of Ogilvy & Mather, on the Westin Hotels account.

He is survived by his father, Hal Donofrio, wife, Deb Donofrio, three daughters and a brother. A memorial service will be held Wednesday, Dec. 6, beginning at 10:30 a.m at the Vollmer Center at Cylburn Arboretum, 4915 Greenspring Avenue in Baltimore.

Author’s Note: Chuck was a mentor who shaped me in many ways. He was a visionary leader who gathered some of the best pros in the business and in 1994 made us take notice of a thing called the World Wide Web (RM&D was one of the first agencies to have a website). To improve communication and actually practice integration he broke down traditional department barriers and had accounting people sit next to creative staff, next to PR people, etc. based on client teams, which was a big deal in the ’90s (many agencies still arrange offices by function or department). He once fired a bully client to protect his people. He taught us to have fun, to think, and never stop reaching for the innovative and creative. We are all better for knowing him. – Jeff Davis