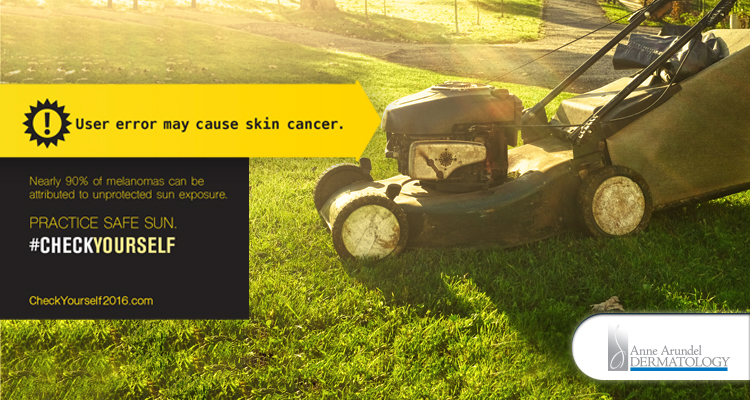 The Cyphers Agency announced the launch of a public service campaign for Anne Arundel Dermatology focused on saving lives by increasing awareness about behaviors that lead to a higher likelihood of skin cancer. Through the “Practice Safe Sun” campaign running statewide, Anne Arundel Dermatology hopes to help the public better understand the behaviors and activities that contribute to melanoma.

The integrated campaign includes social media marketing using the hashtag #CheckYourself, a consumer website with helpful information about skin health, paid digital advertising, email marketing and the distribution of more than 20,000 samples of sunscreen and chapstick with SPF15 at athletic fields, parks, community centers, golf courses and pools across the state of Maryland.

The campaign encourages individuals to think of family members and friends who they feel might qualify as any of the identified hobbyists and tag them on social media or send a customized message as a reminder to check for melanoma and practice safe sun.

“Many consumers aren’t aware that they’re at risk even when doing every day activities such as gardening, golfing, mowing the lawn and even driving,” said Darren Easton, agency vice president and creative director. “The campaign creative focuses on a message of practicing safe sun and checking yourself for possible melanoma.”

Skin cancer can strike at any time or at any age, according to Anne Arundel Dermatology, and current estimates by the American Academy of Dermatology state that one-in-five Americans will develop skin cancer in their lifetime. The campaign targets five common activities that cause people to be susceptible to skin cancer:

The long commuter – Maryland residents have an average commute of about 30 minutes each way. And 15 percent of Maryland workers drive longer than 60 minutes to work – roughly 20-40 hours of sun exposure per month.
The avid golfer – An average round of golf (18 holes) takes about four hours. Spending weekends on the course could add up to 25-50 hours of sun exposure each month.
The beach-goer – Even if it is not optimal weather, beach-goers can still get burned. According to the Skin Cancer Foundation, up to 80 percent of the sun’s UV rays can pass through the clouds.
The gardener and lawn fanatic – Some gardeners spend up to 20 hours a week mowing, planting, weeding, etc. And most times, areas of their skin are exposed and sunscreen is not reapplied.