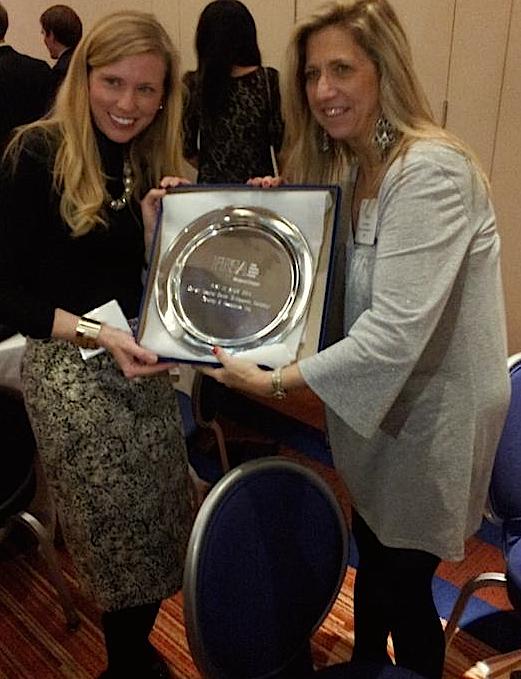 Devaney & Associates took top honors last night at the Public Relations Society of America (PRSA) Maryland chapter’s “Best in Maryland” awards dinner held at the Hilton Baltimore and attended by nearly 200 professionals. The Towson-based Devaney’s “Best of Show” was for Carroll Hospital Center’s Orthopaedic Campaign in the Integrated Marketing Communications category. (Diane Devaney, on right in photo with the award.)