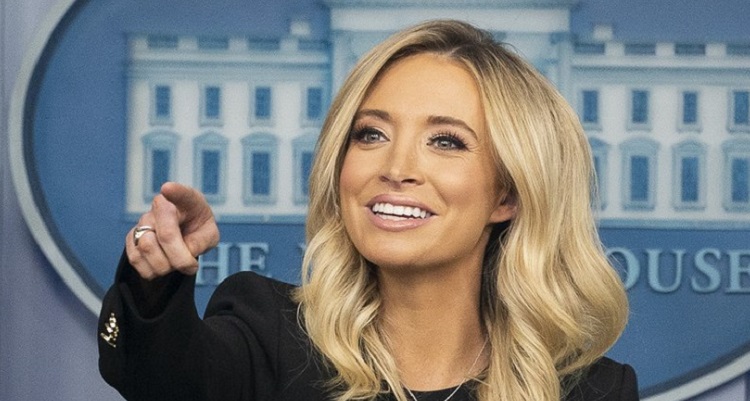 “It is my distinct pleasure today to welcome Kayleigh McEnany to the Fox family. We will be seeing much more of her in the future,” said Harris Faulkner during an interview with McEnany on “The Faulkner Focus.”

“I wish her all the best. I left her a note saying that much, we’ve met previously, one time, and she was very kind,” McEnany said.

According to the Fox post, “McEnany explained the difference in the way the mainstream media treats Psaki compared to its handling of the Trump administration.

“”I’ll never forget watching one of the early press briefings where she was asked about Antifa riots and I believe she said that she hadn’t spoken to the president about that. They let her move on, whereas if I would have been asked that about violence on the other side of the aisle… that wouldn’t have been an answer that flew, nor should it have,” McEnany said, adding that some reporters in the briefing room acted like “political operatives.”

“”I think the standards are different but the American people are so smart, so wise, they see the difference.”

“McEnany quickly emerged as a hero to conservatives when she replaced Stephanie Grisham as White House press secretary in April 2020. She brought a new passion to the briefing room as she came armed with facts and information that regularly helped expose hypocrisy among the media. She didn’t shy away from confrontation and exceled at delivering the president’s messaging.”