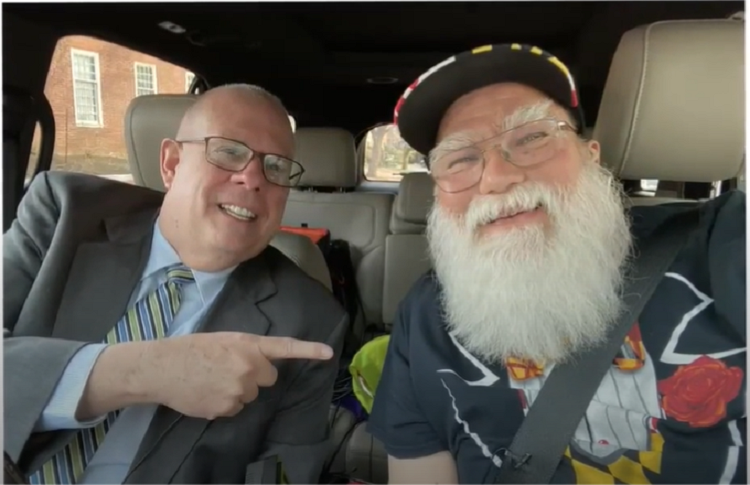 Described by The Sun as “as Baltimore as they come,” Fox 45 morning traffic reporter Jimmy Uhrin died of an apparent heart attack Saturday May 7 at age 65.

Better known as “Traffic Jam Jimmy,” he had been with the station since 1976. He joined FOX45 in the production department soon after the station was launched, and was part of the Captain Chesapeake show, starring as the popular sea monster character, “Mondy.”

For years viewers saw Jimmy traveling along the Baltimore Beltway and local roads in the Len Stoler Mobile Trak, bringing the latest traffic conditions via live reports during the morning rush hour.

In what became an instant Jimmy classic, he was once caught off-guard when the station went to him for a live traffic report while he was in line at a McDonald’s drive thru, trying to order a fish sandwich (too early) and settling for an Egg McMuffin and medium coffee.

During his time at FOX 45, Uhrin would take on nearly every other job at the station, including directing, editing, and recording commercials.

“Jimmy was one of the great men in broadcasting. A credit to his profession and one of the finest human beings that I had the pleasure of working with,” said Sinclair Broadcast Group Executive Chairman David Smith. More on the Fox 45 website.

Uhrin is survived by his wife, Marie, his three children Greg, Martin, and Jess, and six grandchildren.