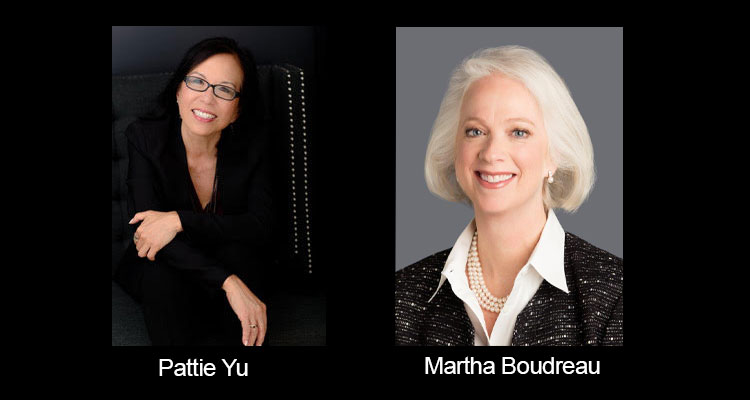 PRSA-NCC started the National Capital Public Relations Hall of Fame in 1999 by inducting 50 leaders with significant accomplishments in the public relations field as part of the chapter’s 50th Anniversary celebration. The Hall of Fame members hold more than a thousand awards, distinctions, honorary degrees, advisory positions, charity board seats, and Who’s Who citations among them.

“The PRSA-NCC board of directors joins me in congratulating both outstanding inductees for their lifelong achievements in PR, and for cultivating the future success of professionals in communications, inspiring them to excel,” said Lauren Lawson-Zilai, 2018 National Capital Hall of Fame Chair and PRSA-NCC vice president. “Both inductees are role models for their contributions to our profession, their ongoing support of colleagues in our industry and their local communities, their innovative and cutting edge campaigns on behalf of their clients, and their enduring impact on the PR sector.”

With deep expertise in public affairs, coalition building, corporate reputation and crisis communications, Boudreau is known for her ability to integrate big-picture strategic vision with the tactical skills and resources required for success. Since 2014, she has served as executive vice president and chief communications and marketing officer of AARP, the nation’s largest membership organization with more than 38 million members, and a 60-year history of serving people age 50+ and their families.  At AARP, Boudreau leads the organization’s marketing and communications division and oversees its extensive communications channels, including  social media, digital services, call center, earned and paid media properties and AARP’s flagship, award-winning publications, including AARP The Magazine (ATM), the nation’s most widely read magazine.

Boudreau joined AARP after more than 25 years with international public relations firm FleishmanHillard, where she was president of the Mid-Atlantic and Latin America regions, in addition to overseeing the firm’s Washington D.C. office.  At FleishmanHillard, she led the D.C. office’s expansion into digital services and established the firm’s government communications practice, which resulted in FleishmanHillard becoming the largest public relations provider to the U.S. government. Within the diplomatic community, she spearheaded a Digital Diplomacy team that trained ambassadors and embassy staff to use social media in support of traditional outreach efforts, helped grow the firm’s presence in the Middle East as well as its expansion into Latin America, and represented the firm at the World Economic Forum’s annual meeting in Davos, Switzerland.

Boudreau is a member of The Seminar, the Arthur W. Page Society and the International Women’s Forum, an invitation-only membership organization, comprised of dynamic women leaders in 33 nations, on six continents who come together to exchange ideas and inspiration to build better leadership for a changing world. She is also a member of the Board of Directors for the Center for International Private Enterprise and the American Bird Conservancy.  Additionally, Boudreau is actively involved with the CMO Leadership Circle, Washington’s premier peer network for chief communication and marketing executives and has served previously on the Board of Directors for the American Heart Association’s Mid-Atlantic affiliate and the National Press Foundation.

Boudreau has received many honors and awards throughout her career, most recently being named PR Woman of the Year by Washington Women in Public Relations (WWPR) and receiving the Silver Media for Excellence from the American Advertising Federation’s Washington, D.C. chapter for outstanding contributions to advertising with demonstrated excellence in areas of social responsibility.

She is a graduate of the University of Michigan with a B.A. in Political Science.

“Martha Boudreau’s professional achievements and awards are well-known given her industrious, long and distinguished career and that her stellar reputation precedes her everywhere; however, what stands out most is her passion for others and her purpose in supporting women leaders and guiding up-and-coming professionals in the communications industry,” said Kate Perrin, founder and CEO of PRofessional Solutions, LLC. “Martha has made mentorship a vital part of her career path, and she embodies the characteristics and attributes of a distinguished Hall of Fame inductee.”

Yu has a 35-year career, which began at Porter Novelli when she was personally recruited by Bill Novelli, Porter Novelli’s then president, to work on the agency’s National Institute of Health high blood pressure/cholesterol education programs, which is considered a model in social marketing to this day. Yu rose through the ranks from account executive to the agency’s youngest vice president and soon after, senior vice president on the firm’s Board of Managers. In addition, she launched Porter Novelli’s first travel and tourism practice with grand re-openings of Amtrak’s Union Station and Philadelphia 30th Street Station, earning national awards for Amtrak. She also developed “Cross Talk,” a national seminar and diversity conference with USA TODAY to address communicating to minorities, bringing corporations and nonprofits together.

Yu was recruited from Porter Novelli to FleishmanHillard’s D.C. office – the #1 ranked PR agency at the time – to build a health care, association and consumer marketing practice from the ground up. Following that, Yu co-founded GYH, then GYMR, and helped catapult the firm to be recognized as a top 10 independent health/social issues agency focused on high-profile, national campaigns. While there, she unveiled an influential Congressional report card at the White House for the Campaign for Tobacco Free Kids; put colorectal cancer on the nation’s radar; built stakeholder support for the Surgeon General’s overweight campaign; helped launch the first Institutes of Medicine summit on integrative medicine; championed the nation’s nurses on the front lines on behalf of the Robert Wood Johnson Foundation; and built patient recruitment for landmark Alzheimer’s clinical trials.

Yu is a sought-out speaker on topics such as alliance building, and diversity and strategic communications for organizations including, professional industry associations, communications organizations, federal government, and minority groups. She frequently is invited to speak to PR students at area universities including, Howard, Georgetown, Loyola, Morgan State, and University of Maryland College Park, where she earned a B.S. in journalism and a M.A. in Organizational Communications. Yu also holds a certificate in journalism from New York University.

Yu’s work, individually or as part of a team, has been honored by awards from industry trades, associations and nonprofits including, the PR industry’s coveted Silver Anvils and “Best of Show” awards from ASAE and PRSA MD. Yu is a recipient of the PR Woman of the Year Award from Washington Women in Public Relations (WWPR) and was named the Top 10 Minority Agency Leaders Nationwide from Inside PR.

Over decades, Yu has provided pro bono support to numerous national nonprofits. She mentors students and graduates involved in PRSA and PRSSA; serves on WWPR’s Advisory Council; and coaches rising PR students at her alma mater to help them prepare for their first jobs. Within the community, she volunteers as a “rocker” (aka, baby cuddler) for babies in need at Mount Washington Pediatric Hospital in Baltimore; and has volunteered with Bright Beginnings and Little Sisters of the Poor, putting her passion for photography and cooking to work.

“Pattie Yu builds and nurtures – tirelessly and passionately,” said Stephenie Fu, senior policy advisor at the USDA. “As well-known and respected as she is for her groundbreaking leadership in the PR world, she is equally recognized and cherished for the endless energy she devotes to community volunteerism and to mentoring so many people, from new graduates to early or second career professionals.”

Criteria for induction in the PRSA-NCC Public Relations Hall of Fame includes 30 or more years of distinguished accomplishments, visionary leadership, mentoring, commitment to the profession, positive and significant impacts on the industry, and contributions to the local public relations community. Inductees must have worked in the Washington, D.C., area for at least 10 years.