Home » Jim Vance: The End of an Era 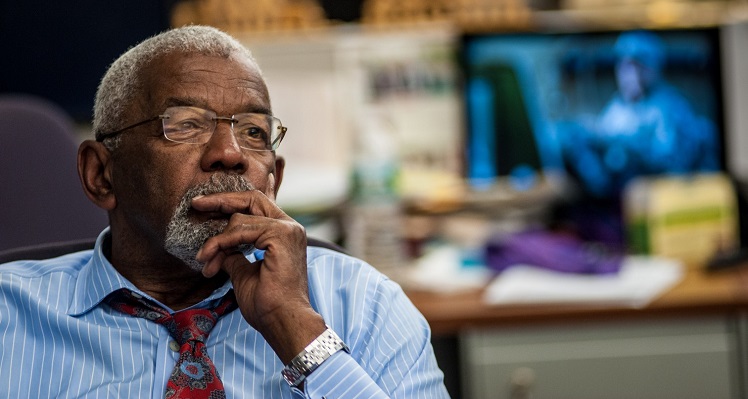 Jim Vance: The End of an Era

There are few journalists in this world who could leave a mark on their city the way Jim Vance has on Washington, D.C., and the outpouring of sorrow over his death is proof. His no BS, tell-it-like-it-is-style, his open accessible nature, his deep vulnerabilities, his ability to deliver resolve and to provide perspective in uncertain times, were just some of the qualities that made him the most beloved go-to newsman in the D.C. community.  Not to mention his keen storytelling abilities and his unbridled passion for the people of the Nation’s Capital.

Vance marks the end of an era. In a time when the line between entertainment and news is blurred, where a consultant’s word is golden, where some journalists are jockeying with selfies and snaps to connect with viewers on social media, he always stayed true to himself. Not one to shy away from expressing his disgust with the evolution of news, he had been known once or twice to refuse to read a script or would often go off script when he felt it was necessary.

In a talk last February, one month before being diagnosed with lung cancer, Vance said he wanted only to connect with viewers in public, on the street, eye to eye.  He didn’t need Facebook or Twitter to do that.  He said if you wanted to come see him, don’t comment on his page, come knock on his door.

His larger than life presence made many believe lung cancer might not ever take him. How could it? Well, today, his absence is so big because his bond with the community was so strong.  Whether you were a city leader, a business leader or member of the community, he was part of all of our families. And the beautiful thing is, Jim Vance not only understood that, he respected that.

Laura Evans is a former news anchor on WTTG-TV.