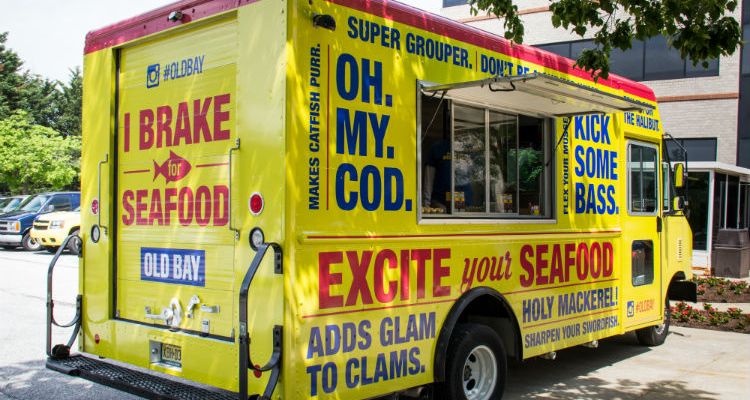 MGH in Owings Mills launched a campaign for OLD BAY that encourages folks to “Excite Your Seafood” – by adding the famous seasoning to shrimp, fish, crab and more.

The campaign, which targets those in the Eastern United States who are less familiar with the seasoning, features a series of radio spots, outdoor boards, desktop and mobile banners and bus wraps, according to agency CEO and founder Andy Malis. The agency also launched a newly designed “Excite Your Seafood” recipe page.

Tying the campaign together is a new MGH-designed OLD BAY food truck, which will travel the East Coast. The truck made its first appearance at the Preakness on Saturday and will be at Camden Yards on June 3. Fans can track the truck’s journey by following OLD BAY on Facebook and Twitter.