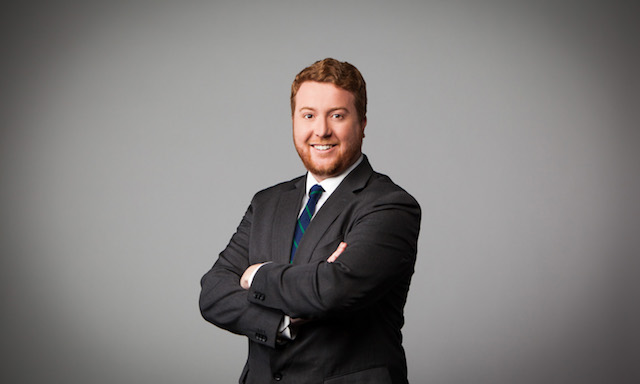 The National Capital Chapter of the Public Relations Society of America (PRSA-NCC) announced that Mike Melia, senior broadcast producer at PBS NewsHour, will deliver keynote remarks at the 48th Annual Thoth Awards Gala on Sept. 22 at the National Press Club in Washington, D.C.

Melia, shown above is a veteran of PBS for nearly 15 years, began his tenure with NewsHour with Jim Lehrer in 2003. During his time at PBS, he served as a reporter, producer and deputy editor of national affairs. He began his current role in 2013.

“I am thrilled that the Public Relations Society of America’s largest chapter asked me to address its most prestigious event of the year,” said Melia. “I am honored to have the opportunity to network and exchange ideas with public relations professionals in the Washington, D.C., region at this event that recognizes excellence in the field.”

The awards are named after Thoth (pronounced “tot”), an Egyptian god of wisdom who was a mediator and scribe and credited as the inventor of communications and writing. In the spirit of Thoth, PRSA-NCC honors area PR professionals for their wisdom and contributions to the profession.

“On behalf of our chapter, we are grateful to Mr. Melia for agreeing to serve as keynote speaker at our signature event—a gathering that attracts the industry’s top professionals in the area on an annual basis,” said Sultana F. Ali, APR, president, PRSA-NCC. “I encourage communicators throughout the region to attend. We are looking forward to convening a diverse group of PR practitioners—from those who have spent decades serving in various PR roles to those early in their careers—to acknowledge best PR practices and share meaningful ideas. Professional engagement is critical on all levels in the industry, and I’m pleased to serve with my fellow chapter leaders to host the annual Thoth Gala at the National Press Club.”

At the gala, PRSA-NCC will also induct Mitch Marovitz, APR, Fellow PRSA, and Maria Rodriguez into the National Capital Public Relations Hall of Fame. Marovitz, the chapter’s immediate past president, chairs the public relations program at the Graduate School of the University of Maryland University College. Rodriguez is co-founder and president of Vanguard Communications, a public relations and social marketing firm based in Washington, D.C.

To learn more about PRSA-NCC’s Thoth Awards Gala, as well as tickets and sponsorship, click here.