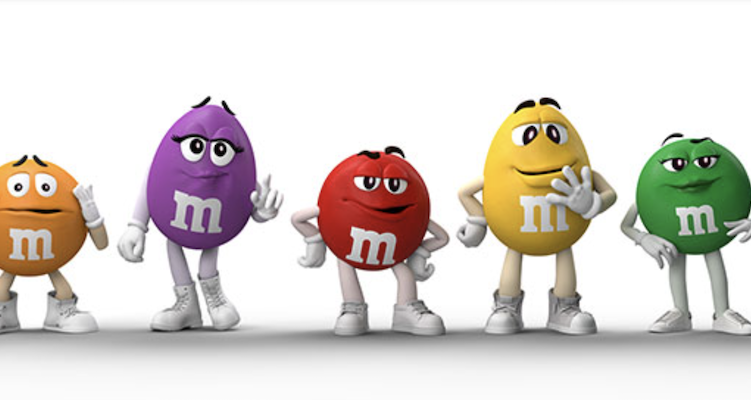 Rudolph will star in the candy brand’s Super Bowl LVII commercial, Chief Marketing Officer Gabrielle Wesley told CNBC. It will be the actor’s first appearance as the brand’s spokesperson and “Chief of Fun.”

“The original colorful cast of M&M’S spokescandies are, at present, pursuing other personal passions,” said Wesley.

The spokescandies are a team of cartoon M&Ms mascots that have represented the brand in commercials and other marketing materials since 1960. Early last year, reports CNBC, “the candy brand updated the cartoons and its marketing, rebranding each mascot with a new backstory, clothing and personality to be more inclusive.

“The green M&M, for example, had previously drawn criticism for being marketed as too sexy, so the company switched out her knee-high heeled boots for sneakers and put more emphasis on her feminist values. “Orange” became a mascot riddled with anxiety, and the company added a new purple M&M, which was designed to represent inclusivity.

“The rebrand caught the eye of conservatives, including Fox News host Tucker Carlson, at the time of the update and again in recent weeks, with some claiming the makeovers were another example of a liberal agenda gone too far.