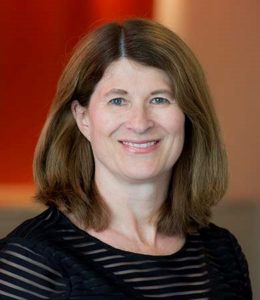 “Sonni Efron combines wide-ranging experience with a deep commitment to journalistic excellence and media freedom,” said Kathy Gest, chair of NPF’s board of directors. “From Moscow and Tokyo to Washington, she has demonstrated leadership, creativity, and an ability to conceive and implement innovative ideas. Our board is eager to work with her to advance NPF’s mission of educating and training journalists on critical issues to improve public knowledge and understanding.”

Efron worked at The Associated Press in Boston, followed by 20 years at the Los Angeles Times. She was a political campaign reporter, foreign correspondent in Moscow, Tokyo bureau chief, State Department correspondent in Washington, assistant op-ed editor, and editorial writer on national security. She was also a speechwriter and senior policy advisor at the State Department, where she launched the “Free The Press Campaign,” and writer in residence at the RAND Corporation, where she wrote about the declining role of facts and evidence in public discourse.

Efron will succeed Sandy K. Johnson, who has served in leadership roles at NPF for nearly two decades. Johnson joined NPF’s Board of Directors in 2001, served as board chair from 2007-2008 and was named president and COO in 2014.

“I’m delighted that Sonni has been selected to lead NPF,” Johnson said. “She has covered conflicts from Chechnya to Cambodia and spotlighted threats to democracy and media freedom around the world. She has helped the public understand how emerging technologies will affect them. She will bring this experience and passion to NPF. I look forward to working with her during the transition.”

Efron will be introduced at NPF’s annual journalism awards dinner on Feb. 13, and will become president and COO effective Jan. 29.

“I am deeply honored to pick up the mantle from Sandy Johnson and lead an organization that has been serving journalism since 1976,” Efron said. “At a time when the media are under intense pressure and millions of Americans are losing their news providers, journalists of all types need free access to the tools and training that NPF offers.”

The nonprofit foundation recognizes and encourages excellence in journalism through its awards and professional development. NPF programs, offered at no charge to journalists, are held in Washington, around the U.S., and overseas.