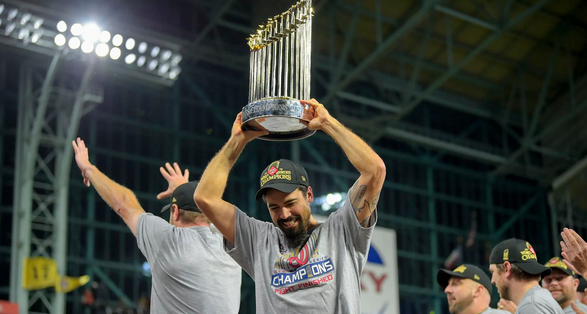 The Washington Nationals’ first-ever World Series title delivered a big audience for Fox Wednesday night, reports The Hollywood Reporter.
The Hollywood Reporter post added: “Fast national ratings have game seven of the series, a 6-2 Nationals win over theHouston Astros, at 21.19 million viewers — a figure that will likely go up in the finals after adjustments for Fox’s live broadcast. It’s the biggest audience for a baseball game in two years, since the last time the World Series went to a seventh game in 2017.”

However, continued the report, “Despite the ratings spike for games six and seven, the 2019 World Series will go down as the least watched in several years.”