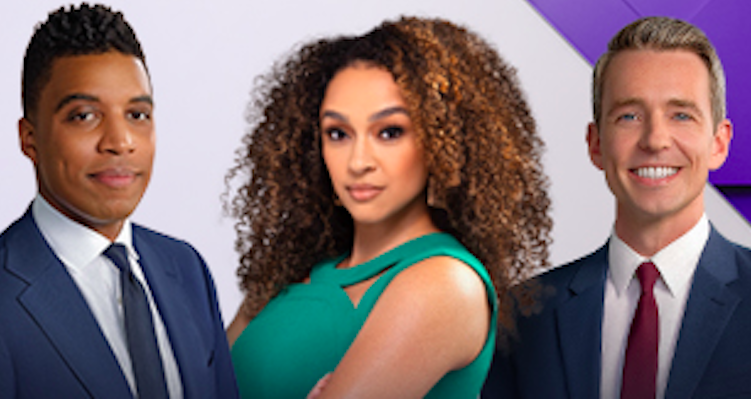 Newsy Adds Journalists To 14 Bureaus, Including Nine to D.C. Bureau

Newsy, the E.W. Scripps free 24/7 broadcast news network, has hired journalists to staff its 14 bureaus across the country, reports TVNewsCheck.

Those added to the D.C. bureau are:

Bianca Facchinei, Economics Correspondent — Facchinei has provided live coverage of Hurricane Florence, protests against Supreme Court Justice Brett Kavanaugh, the 2018 midterm elections and more. She’s also hosted one-on-one interviews, including one with Chelsea Manning, who spoke about her run for U.S. Senate a year after she was released from prison.

Terace Garnier, Military Affairs Correspondent — Garnier served six years in the U.S. Air Force as a broadcast journalist and anchor for the Pacific Report while stationed at Yokota Air Force Base, Japan. After separating from the military, she worked with the Fox News Channel’s D.C. Bureau as a freelance associate producer. She has covered Mike Pence, Attorney General Jeff Sessions, Tim Kane, Roy Moore, Luther Strange and Doug Jones on the campaign trail. She has also covered trial hearings of Dylann Roof, Reality Winner, Michael Slager and Bowe Bergdahl.

Sasha Ingber, National Security Correspondent — Prior to Newsy, Ingber was a breaking news reporter at NPR, covering major national and international events including the Trump administration’s denuclearization talks with North Korea, former special counsel Robert Mueller’s Russia probe, the arrest of Wikileaks founder Julian Assange, and the Hong Kong protests. She has been a frequent contributor of articles and videos to National Geographic, and the associate editor of a Smithsonian culture and travel publication.

Stephanie Liebergen, Congressional Correspondent — Liebergen spent years on the general assignment beat before transitioning to focus solely on politics during the 2020 campaign season. She has reported on the U.S. Capitol and the White House.

Andrew Rafferty, Political Director — Rafferty joined Newsy in June 2018 as senior political editor after spending nearly nine years at NBC News. There he contributed to the network’s political coverage in a variety of forms, including stints at “Meet the Press,” the TODAY show and NBCNews.com.

Amber Strong, National Correspondent — Following an internship with MSNBC, Strong began her career in news in her hometown of Indianapolis. She found her niche working behind the scenes at the NBC affiliate, running audio and studio cameras. She quickly transitioned to producer and host of a weekend news magazine program. She made the move to Washington D.C., working as a presidential campaign field producer. Then Strong was promoted to fill-in White House Correspondent for CBN NEWS, settling in as a Washington correspondent.