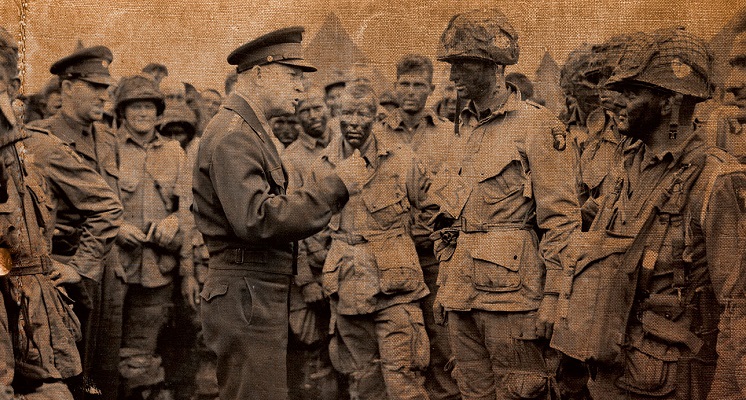 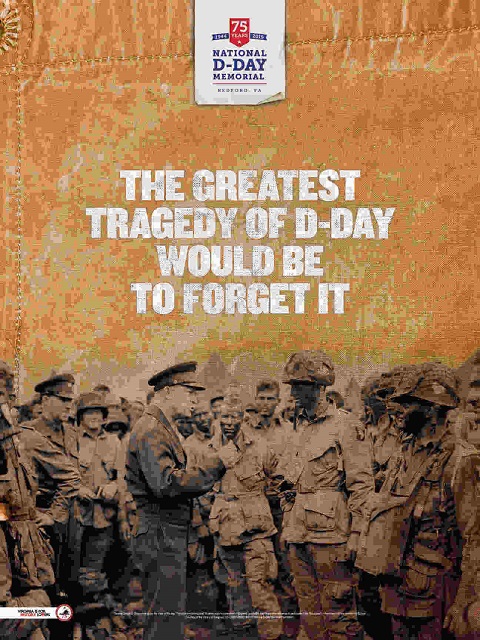 “4,413 men died so that freedom wouldn’t” states a poster commemorating the D-Day invasion on June 6, 1944, by the integrated marketing firm Elevation in Richmond. According to the agency, it is one a series marking the upcoming 75th anniversary of D-Day in 2019 that will be displayed during a Veterans Day ceremony at the National D-Day Memorial in Bedford, Virginia, on November 12.

“The only thing more epic than D-Day’s scale was its impact” states another.

An agency release stated: “Dedicated on June 6, 2001, the National D-Day Memorial is located in Bedford because the town suffered the highest per capita D-Day losses in the Nation and honors all Allied forces that participated in the World War II invasion of Normandy on June 6, 1944.

“Using a canvas background reminiscent of wartime, Angela Lynch, Associate Director of Marketing at the National D-Day Memorial, says the posters feature actual photos to provide authenticity. One image of General Dwight D. Eisenhower exhorting the troops for “full victory–nothing else” is especially reflective of the National D-Day Memorial, which has a sculpture onsite of Eisenhower.

“The posters were created to help build momentum for the 2019 five-day event that includes a parade, concert and aerial tribute.  “The 75th anniversary of D-Day is so important in that it represents our last best opportunity to honor these heroes and say ‘thank you’,” said Lynch.

“Upcoming advertising will appear in publications like Virginia Living and state travel guides, according to Aaron Dotson, principal and creative director at Elevation, who said it was a privilege to work with the National D-Day Memorial. “We have such profound respect for those people who served and are glad to have the opportunity to commemorate their sacrifices and tell their story, particularly to those in a later generation who may not be as familiar with their World War II heroism.”

“As the headline of one poster aptly noted: “The greatest tragedy of D-Day would be to forget it.””