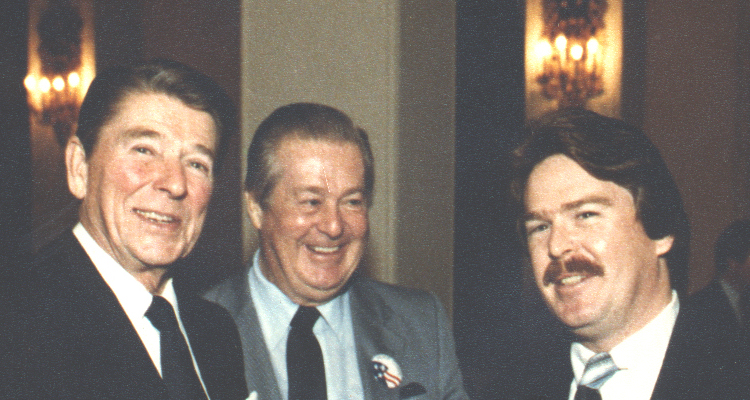 Ron DeFore, who co-founded D.C.-based Stratacomm, has spent the past year and a half working on a book, “Growing up in Disneyland.”  The book is mainly a tribute to his dad, Don DeFore, with highlights of his career co-starring in many Broadway, film and TV productions.

According to Ron DeFore, who has retired from Stratacomm, his father was a household name in the 1950’s and ‘60’s and probably is best known for his role as Ozzie and Harriet’s first next-door-neighbor, “Thorny,” and his co-star role in the “Hazel” TV sitcom as “Mr. B.”  He also co-starred in more than 20 feature films with some Hollywood legends  – John Wayne, Ronald Reagan, Charlton Heston, Dean Martin and Jerry Lewis, Bob Hope, Lucille Ball, Spencer Tracey and others.

The book also includes Ron’s perspective on growing up in a Hollywood celebrity family and moving through 20 careers from Brentwood, to Hollywood and then to Washington, D.C., where he held political positions within the Reagan Presidential Administration and then launching Stratacomm with two partners.

Recently, Ron received a special and meaningful package that continues the legacy of his father.  Check out the video below.

The publish date on the book is July 15, but Waldorf Publishing is accepting orders at this link: https://www.waldorfpublishing.com/collections/2019/products/growing-up-in-disneyland