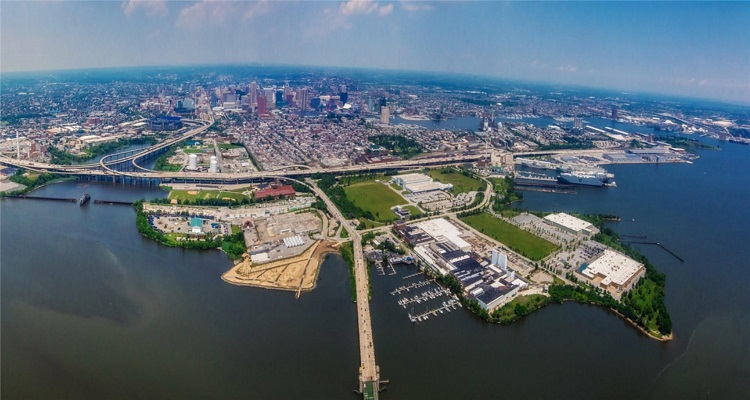 According to a report in The Sun, the Baltimore Sun Media Group is in negotiations to move from its longtime headquarters on North Calvert Street to its printing plant in Port Covington, the site of Under Armour’s 235-acre master-planned, mixed-use redevelopment project.

The company expects to move newsroom and business operations for The Sun and several community newspapers to renovated space in its printing plant building on Cromwell Street this summer, the report states. About 300 employees are based in the Calvert Street building.

The move was announced Thursday in a memo to staff from Trif Alatzas, publisher and editor-in-chief of The Baltimore Sun.

“After careful consideration, we are looking to relocate to Sun Park. While this option is still being finalized, we are excited about what this opportunity can bring,” Alatzas said. “By renovating the building, we will be able to have most of our employees under one roof. A new formatted space will allow us to evolve into a next-generation news organization with a state-of-the-art newsroom, and it will provide flexible work stations to accommodate a more nimble sales structure.”

According to the story, The Baltimore Sun’s lease at its Calvert Street headquarters expires in June.

The printing plant property is owned by Sagamore Development, Under Armour CEO Kevin Plank’s private development firm. Port Covington is the site of Sagamore’s whiskey distillery where its Sagamore Spirit brand is produced.

The news prompted a series of tweets from Sun reporters:

“On the plus side, my commute from Anne Arundel County to the newsroom will be at least 10 minutes shorter.”

And from Justin Fenton:

“This move, from the heart of the city to an outlying (for now) industrial area, brought to you by the bloodsucking corporate vampires who moved our properties into a separate business, sold them, and made us add rent to our costs.”

“Not only that but there’s poor public transportation options, and poor parking options near key places like City Hall, courthouse, police dept.”

“On the flip side we will be across the street from a whiskey distillery.”

Port Covington photo by The Sun