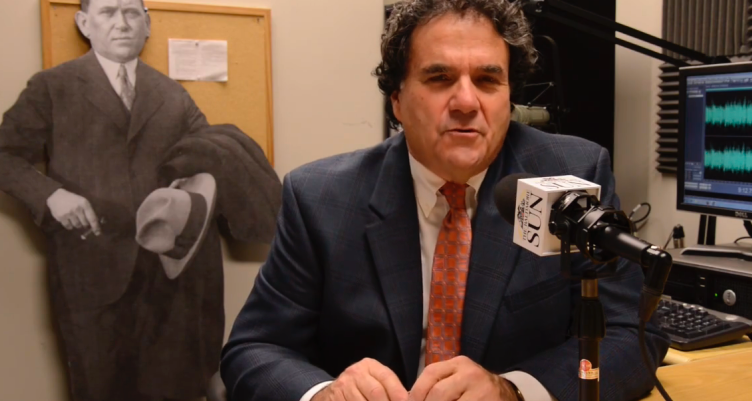 Dan Rodricks, columnist for the Baltimore Sun and former host of the “Midday with Dan Rodricks” show on WYPR, has switched to podcasting for his interviews. His last Midday show aired Oct. 2.

“All systems are go for the launch of the ‘Roughly Speaking’ podcast on Monday (Oct. 19), with filmmaker John Waters and former Maryland gubernatorial candidate Heather Mizeur among my first guests,” Rodricks wrote on his Sun blog.

For the inaugural episode of “Roughly Speaking,” Waters talks about the legendary drag queen Divine on what would have been his 70th birthday; Mizeur joins Sun opinion editor Andy Green and Sun national political correspondent John Fritze to talk about the presidential candidates and the Maryland Senate campaign; and Sun baseball writers Dan Connolly and Eduardo Encina discuss the Orioles. The show starts with a conversation with Sun reporter Justin George about his experiences with the 30-member Baltimore police task force that investigated the death of Freddie Gray.

“So, a busy first show, and more coming,” wrote Rodricks, who plans to upload a new edition of “Roughly Speaking” about every other day.

Listeners can access the podcast via baltimoresun.com, the Sun’s mobile app or on iTunes.