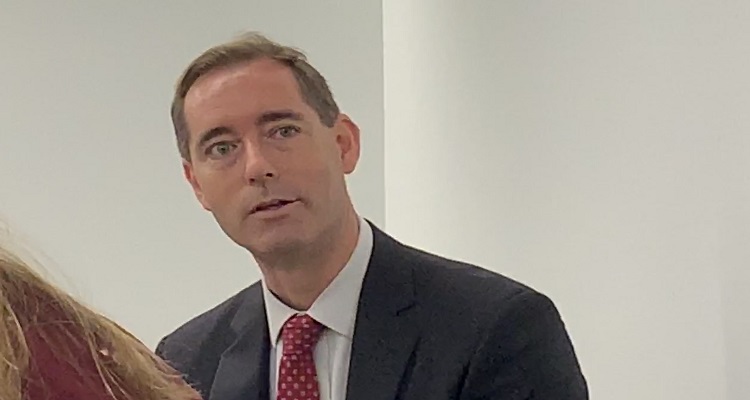 Andrew A. Green, a veteran reporter and editor who has spent the past decade leading the opinion section at The Baltimore Sun, has been appointed vice president for communications at Johns Hopkins University. He will join the university on Oct. 1.

In his nearly two decades at The Sun, Green has earned a stellar reputation as a thoughtful, fair, and incisive journalist and newsroom leader, according to an announcement. He has written extensively about Baltimore, Maryland, and contemporary issues, and he has been a finalist for a Pulitzer Prize for editorial writing.

“We are thrilled to welcome Andy Green in this important role for the university,” said JHU President Ronald J. Daniels. “A writer and editor of the highest caliber with a proven ability to lead in an ever-shifting communications landscape, Andy also brings broad and deep knowledge of our city and the critical issues of our time. And his expertise will play a critical role in conveying Johns Hopkins’ unique role as a leading institution in Baltimore and around the world.”

Said Green: “I’m truly grateful for the opportunity to join the leadership of Johns Hopkins, an institution whose importance to Baltimore and to the advancement of knowledge and innovation can’t be overstated. It’s a thrilling time at Hopkins, and I look forward to helping tell the story of its commitment to this community and its leadership in higher education.”

He was named a finalist for a Pulitzer Prize in editorial writing in 2016 for his articles on the unrest that followed the 2015 death of Freddie Gray in police custody and Baltimore’s subsequent efforts to come to terms with the injustice and inequality that were its underlying causes.

Green joined The Sun as a reporter in 2001, covering state and local politics and elections. He earned a bachelor’s degree in English and American Literature and Language from Harvard, where he also served as managing editor of The Harvard Crimson.