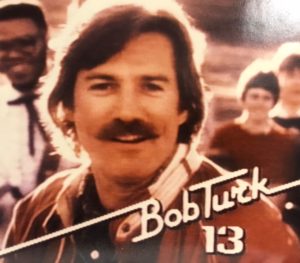 Legendary Baltimore weatherman Bob Turk, known fondly as the “Sunshine Kid,” has signed off after bringing First Warning Weather to Maryland since 1973.

A native of Baltimore, Turk received a degree in geography from Towson University in 1969, and a master’s from the Indiana University of Pennsylvania in 1970. However, he wouldn’t begin his meteorology career right away.

He briefly taught at Baltimore public schools and was an urban planner with Howard County.

He joined the weather team at WJZ in 1973 after answering a job ad in the newspaper and has been responsible for delivering the local forecasts ever since.

“I hope that in some small way I have had an impact on the city that I adore,” Turk wrote on Twitter. “The person you watched on television is authentically me. When you see us smiling and laughing on air, it’s because we genuinely are having a good time. There are so any incredibly talented coworkers that I have had the pleasure to work with both on air and behind the scenes.”