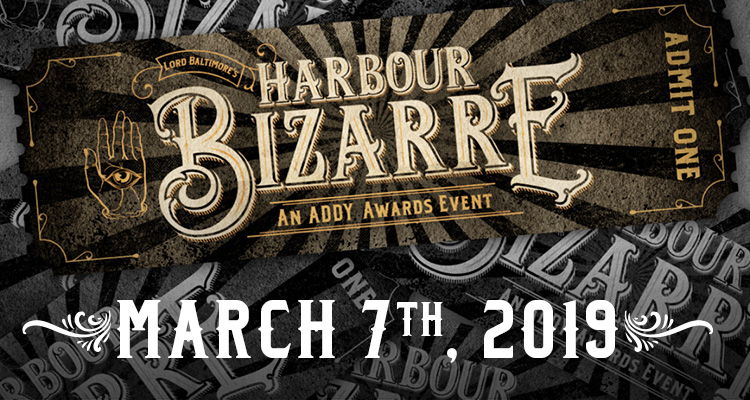 The “Freakin ADDYs,” which is being produced by Mammoth Creative, will treat advertising “freaks” from across Maryland to dinner, performance artists, an open bar, and a sideshow barker at this year’s awards show, which traditionally hosts more than 300 of the regions marketers. The title sponsorship spot is still available.

More than 300 entries were submitted this year for Gold and Silver ADDY awards, which will be presented to local agency, production house and in-house marketing teams. Sponsorship opportunities, including the title sponsorship, are still available.

“We’re excited by the diversity of the entrant organizations—we have many winners that don’t fit the traditional agency definition,” said Matt McDermott, AAFB president and creative director at idfive. “It’s proof a good idea can come from anywhere.”

Top honors to be announced at the ADDY awards include Best in Show and Special Judges Awards, in addition to prestigious individual achievement awards. The AAF of Baltimore will also present $11,000 in scholarships to four students who are pursuing studies in advertising, marketing, web development and graphic design.

The American Advertising Awards competition is the industry’s largest and most representative competition — attracting more than 40,000 entries every year in local competitions. Gold winners at the local level move on to the regional competition, competing with agencies from Maryland, Pennsylvania, New York, Delaware, Virginia and D.C. A win at the district level earns a spot in the National American Advertising Awards Competition. National winners will be announced at the AAF’s national conference, Admerica, taking place June 5-8 in Hollywood, Florida.

About the American Advertising Federation of Baltimore