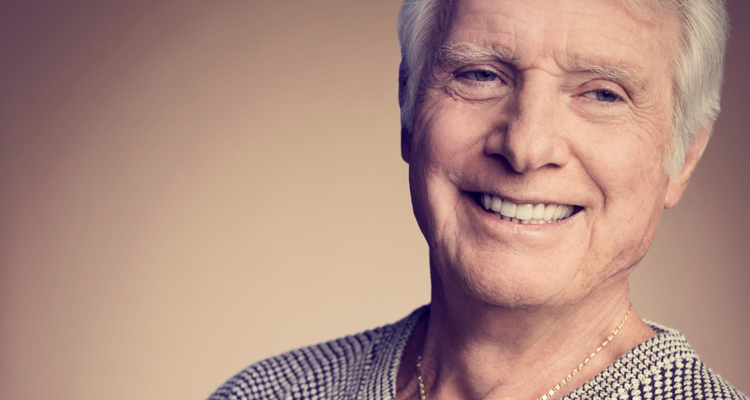 Capitol Communicator is running “Up Close and Personal” profiles of communicators in the mid-Atlantic. In this profile we feature Bill Martin. Photography for the series is by award-winning Cade Martin, wardrobe styling by Pascale Lemaire and Sybil Street for THE Artist Agency; and hair and makeup by Patti D Nelson, Janice Kinigopoulos  and Lori Pressman for THE Artist Agency

Bill, tell us about yourself.

OK, here goes.  But be forewarned: this bio is degradable. Long story short, I am lifer in the Richmond ad biz.  Short story long, the Richmond part was not exactly by design. In 1971, I had my eyes set on the Atlanta market. But during a weekend visit to Richmond, I saw a full-page ad in the Times-Dispatch for Channel 12.  Tell us in 100 words or less, the ad said, which new fall NBC show you are looking forward to the most, and why. Winner receives a beautiful new car!  Fancying myself a writer, I figured that car was all but mine. I mailed my entry in with a six-cent stamp and went back to Atlanta to await the good news. But in the contest category, no news is not good news. After a month or so, it was obvious someone else was riding around in my car. Then, less than a week later, I received a phone call from Channel 12. They liked my entry. But, they said, it didn’t make sense for them to award the prize to an Atlanta resident. What a coincidence, I replied; I was in the process of moving to Richmond!  The following week, I was presented my keys. That beautiful new car, by the way, was a 1971 AMC Gremlin. So much for truth in advertising.

I switched my job search to Richmond. And in 1972, I was hired as a junior writer/broadcast producer. It didn’t take long to learn a life lesson. One of my first assignments was writing radio commercials for the Central Virginia Sears stores.  I was required to close the spots with their existing jingle (which I hated). The tag sing went, “Wouldn’t you know, Sears has it.”  Ughh!  Cut to a party on a very rainy night, where I meet a woman who appears troubled. She says she thinks she left her brand-new umbrella at the Sears store on Broad Street. Since the store is still open, I suggest she call and ask for lost and found.  A half hour later, she comes up to me with a big smile.  Not knowing I had anything to do with advertising of any kind, she croons, “Wouldn’t you know, Sears has it!”  I was in shock. Jingles don’t have to be good; they just have to be memorable.  But if they’re memorable, doesn’t that make them good?  Thus began my fascination, if not obsession, with commercial music.

After 16 years, two employers and Lord knows how many jingles, my best friend and former co-worker Bob Barber and I decided to throw our hats in the ring and start our own company. The Barber Martin agency opened its doors in 1988, with one account and a staff of two— Barber and Martin. For the first time in my career, I actually had a chance at being named employee of the month!

Thanks to Bob’s boundless acumen and my dumb luck, our little startup grew beyond our dreams. We were the first ad agency ever to make the Inc. 500, Inc. magazine’s list of 500 fastest growing companies.  It was feat we repeated three years in a row.

I am officially retired from my job and the organizations on its periphery. But I am not entirely a wastrel.  For some time now, I have been a member in good standing of the Grand Fraternity of Grand Paternity, meaning I am a granddaddy. This organization is comprised of three of the most delightful young ladies on this planet, and me. We meet as often as we can and get involved in projects without precedent. At a recent morning meeting, we developed, tested and tasted the world’s largest pancake. As treasurer, I can assure you this is a non-profit organization.

It sounds like a very worthwhile organization!  What other things are you proud of?

No contest. I am most proud of my family.  My lovely wife Blair and my son Walker have been by my side through thick and thin. And that’s been no easy task for them.  They have also, at times, led me to believe I have a modicum of smarts.  It should be noted that all three of us enjoy a good piece of fiction now and then.  Blair is a fabulous painter whose work is sort of a fusion of Dada and Gaga. Walker has way outshined his dad’s melodic proclivity; he writes and produces the music for the TV show The Mike Tyson Mysteries. Oh, and one more shout-out:  Blair’s daughter Meg, her husband Read and their three wonderful daughters.  This quintet wrote the book on being the ideal, loving family. So much so, they should literally write the book.

I would love to write as well as John Fowles; to think as clearly as Stephen Hawking; to make a difference as profound as Rosa Parks; and to be just 17.65% of the man my father was.

First and foremost, don’t take advice from me. That said, consider this tip from David Foster Wallace:  You’ll worry less about what people think about you if you knew how seldom they do.

What’s on your Spotify and Pandora playlist?

Revealing Pandora stations is like showing strangers what’s in your sock drawer, other than socks. With reservations, my list: Latin Jazz, Jimmy Carr, Jack Benny, Monty Python, Pink Martini, Jim Gaffigan, Serial, and Ray Conniff. That’s right, Ray Conniff.  Singing along with Ray is so easy; you don’t need to know the words. Not sure why, but his music has meant so much to me for so long that I have asked my son Walker to have Besame Mucho played at my funeral.

What is your favorite restaurant?

This would have been a no-brainer when I first arrived in Richmond. I would have quickly called it a tie between the Clover Room and Nick’s House of Steaks on Staples Mill.  Naming a local favorite now is infinitely more difficult.  My official response: too many to list. Although ZZQ just made the finals.

I know this has swollen into a virtual doorstop entitled Everything You Never Wanted to Know About Bill Martin, But Were Afraid He’d Tell Anyway.  But please allow me to conclude with an expression of gratitude to four gentlemen without whose support and counsel I would likely be on Food Stamps. First, my thanks to the late Jule Bolio, president and partial namesake of Brand Edmonds Bolio. Jule was the first agency bigwig willing to take a chance on me. Thanks, too, to my second boss, Tim Finnegan, ringleader of what was Finnegan & Agee. Tim and his polished outfit taught me how important teamwork is to getting a job done well.  A big thank you to Stuart Siegel, the S in the storied S&K Menswear chain.  Stuart and S&K president Don Colbert actually allowed Bob Barber and me to make a formal pitch for their business before we were an agency. We won, and the rest is mystery. Finally, profound thanks to best friend and business partner extraordinaire, Bob Barber.  No human being has ever so consistently combined competence and congeniality. Thank you, Bob, for being an instrumental force in making my life well-lived. I love you, man!

And, to all of you – and that likely means all of you – who are wondering why I have been included in this prestigious assemblage of pros, or who think my inclusion may be the result of nepotism, let me hasten to say (1) I am as perplexed as you, and (2) Cade Martin and I are not related.  Thanks to his enormous talent, Cade has almost – keyword: almost – made me look like I belong. This could be transformative. Since Cade can make me look good, I wonder if he knows someone who can make me write good.