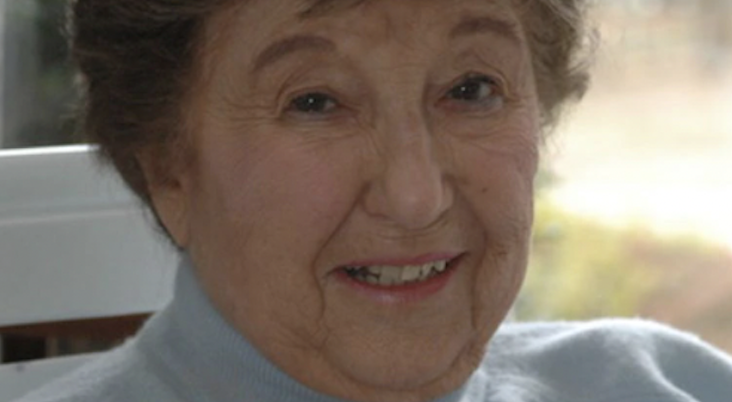 Florence Aaronson, a voiceover legend known professionally as Flo Ayers, died in her sleep at the age of 98.

Wikipedia states that Aaronson was a founding member of the D.C. chapter of SAG-AFTRA.  In addition, “in 1948, she acted in Baltimore in a Johns Hopkins Playshop production of an English translation of Martine. She broke into radio in the late 1940s in Washington, DC, and was one of the first women to make the new technology a full-time career. In the 1950s, Ayres teamed up with Walt Teas, another nationally known voice from Baltimore, to become one of the first freelance voiceover teams in the radio industry. Over the next 30 years, Ayres, along with Teas and another personality, Joe Knight, recorded thousands of commercials and syndicated programs on a national scale, mostly at Baltimore’s version of Hollywood, Flite Three Studios, and overseen by legendary audio engineer, Louis Mills.

“In the 1960s and 1970s, Ayres also taught radio and communications at several Baltimore-area institutes of higher learning, such as Johns Hopkins University, Goucher College, and Towson University, and collaborated on projects with famous Vatican painter Joseph Sheppard and Beatles’ photographer Morton Tadder. Ayres also had an extensive solo career spanning over 50 years. In addition to radio commercials, Ayres narrated for such institutions as the National Geographic Society, SeaWorld, and the AARP. For 25 years, Ayres hosted regular radio shows such as “Tuning into Life,” “The Heart of the Matter,” and she wrote and produced the radio series “For the Young at Heart”. Ayres wrote, produced, and starred in a children’s music CD about manners, entitled “Doo-zees and Don’t-zees,” which was released in May 2007.