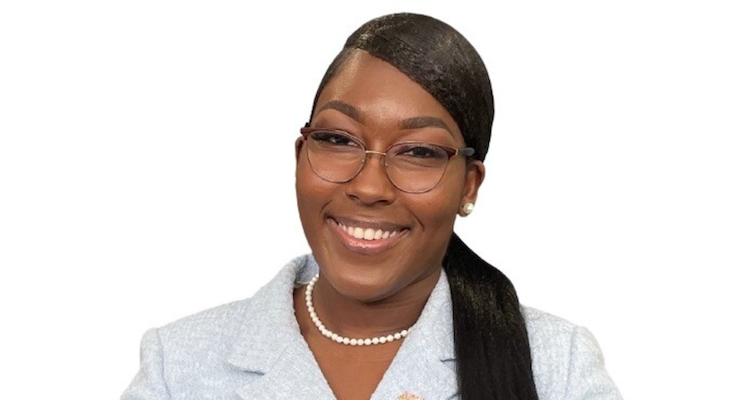 The Washington Post announced its second class of Academic Year Fellows, who participate in a 10-week program designed to help launch the next generation of journalists. Partnering with Howard University’s Cathy Hughes School of Communications and the University of Maryland’s Philip Merrill College of Journalism, two students from each school will join The Post for the 2022 Fall semester.

“We have long believed in nurturing the next generation of journalists, creating opportunities for growth and developing emerging talent,” said Krissah Thompson, Managing Editor at The Post. “We are so pleased to build on the success of the Fellowship’s first year by welcoming these talented journalists into our newsroom.”

According to WaPo, the students will have the opportunity to work alongside award-winning journalists across The Post’s newsroom “in a rigorous, 24-hour news environment, while benefiting from mentoring and training.”

The information below was provided by The Washington Post.

Corinne Dorsey is a Washington, D.C.-based writer and senior at Howard University, where she is the president of Howard’s Her Campus Magazine and Alpha Kappa Alpha Sorority, Incorporated member. She is a freelance writer for TheGrio and Bold Culture and has previously interned at the TODAY Show at NBC News, The Dallas Morning News, CNN’s D.C. Bureau, and WSJ Magazine intern at The Wall Street Journal. She is also a 2022 White House Correspondents’ Association Scholar.

Aquil Kenyatta Starks Jr. is a Washington, D.C.- based reporter and senior at Howard University. He is a 2022 Pulitzer Center Campus Consortium reporting fellow and has previously interned as a social video Facebook fellow for iOneDigital, AURN News and The Hill. He is also actively involved in the student chapter of the Ida B. Wells Society for Investigative Journalism and The Hilltop student newspaper.

Michael Charles is a graduate student studying journalism at the University of Maryland. His passion has always been sports and this love has only grown as he continues to evolve as a writer and as a journalist. Prior to his education at Maryland, Charles attended Bates College, where he graduated with a degree in Rhetorical Theory in 2021, which included a rhetorical analysis of the 2020 NBA Bubble protests and athlete activism as his thesis.

Over the last two summers, Charles has interned with Major League Baseball based in New York City. During summer 2021, his responsibilities focused on assisting with minor league content creation and production, along with covering several MLB games. During summer 2022, he assisted with content production while covering events such as the premiere of ESPN’s Derek Jeter documentary, “The Captain,” several MLB games, and the ribbon cutting for the opening of the Jackie Robinson Museum.

Greg Morton is a first-year graduate student and data reporter from Prince George’s County, Maryland. His passion for journalism grew out of a desire to help people understand the invisible forces that govern so many facets of our lives. The pursuit of that understanding led him to an Economics degree, which he earned from Howard University in 2021. There, his studies focused primarily on inequality and data analysis.

While at Howard, Morton worked as a freelancer for Strikewave, an independent labor publication, where he got the opportunity to tell stories about both the state and history of the labor movement in America. At Strikewave, he wrote stories about the history of the organized labor movement in the NBA and the COVID recession’s impact on the already-tenuous situation faced by Alaska’s public school teachers.

Morton also worked with ProPublica’s data and news apps team as an intern, and later as a freelancer, assisting with data analysis on a number of long-term investigative projects.