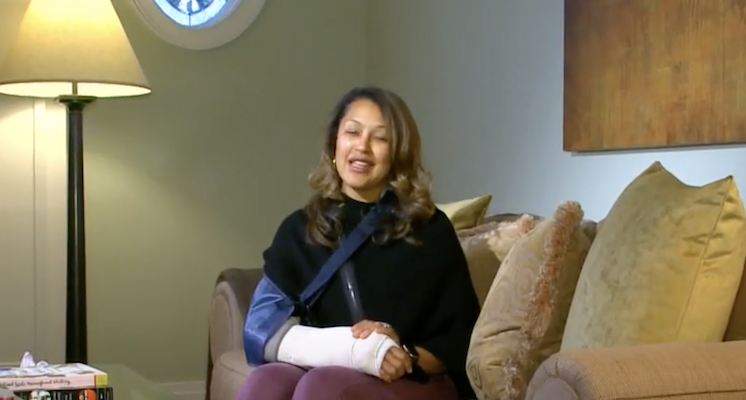 WUSA9’s Lesli Foster is due back this month after taking time off to recover from two surgeries in two weeks in December 2021. The WUSA9 news anchor had several fractures in her left ankle that required a bone graft and time to rest and recover.   However, while Foster had planned to be on air a few more days before her December surgery, the D.C.-based station reported that the “universe had a different plan. Unfortunately, while trying to take a quick picture of her adorable pup, Boomer, Foster lost her balance and fell on her steps, fracturing her right wrist. The unexpected injury meant another surgery before her ankle surgery.”

Following her surgeries, Foster has been undergoing physical therapy and rehabbing her wrist and ankle. She indicated she would return in February, but no date was announced. When she returns, Foster will rely on a scooter to get around.
Foster says she is keeping in touch on Twitter, Facebook and Instagram.
← Previous Article Next Article →