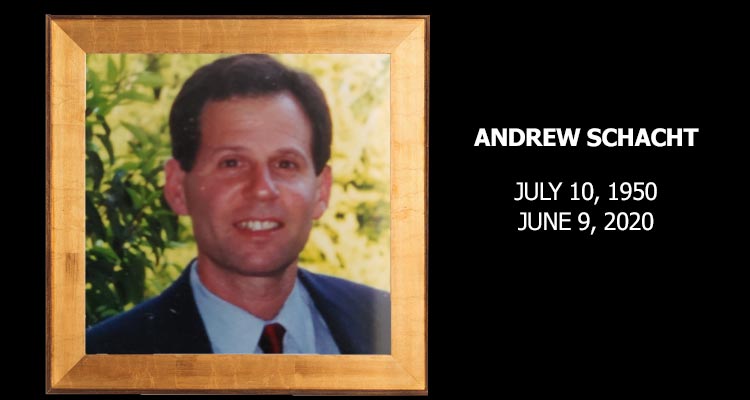 Andrew Schacht, who was General Manager of three Washington-area advertising agencies, has died. He was 70 years old.

“I have worked in our industry for a very long time, but I can honestly say that there has never been anyone I met who had more integrity or basic decency, or was a nicer human being than Andy. He loved the ad business, and led the DC branches of several of the most storied agencies on the planet, but he led them with a humanity and humility that is all too rare. I will miss my friend Andy immeasurably,” Mike August, Chief Executive Officer of August, Lang & Husak, an agency based in Chevy Chase, MD, told Capitol Communicator.

Schacht led the operations of the in-house advertising unit of Ogilvy PR and was Senior Vice President/General Manager at BatesNeimand, Inc., a social marketing firm.  At BatesNeimand, he was responsible for agency business development and implementing integrated marketing programs for organizations and advocacy groups such as the American Heart Association, the Center for Nonprofit Advancement, the Outdoor Industry Foundation, The Council on Foundation and The Robert Wood Johnson Foundation.

Prior to that, Schacht headed the Washington office of McCann Erickson Worldwide as Senior Vice President/General Manager and was the lead client interface on US Airways, the office’s largest account, responsible for the airlines branding, retail and Frequent Traveler Program. Other clients that Schacht worked with at McCann Erickson included the Marriott Corporation, National Breast Cancer Coalition, Greater D.C. Cares and the Points of Light Foundation.

Schacht began his marketing communications career at Earle Palmer Brown where he worked for 17 years and worked his way up from the print production and account management departments to the agency General Manager. As GM at EPB, he lead the agency’s largest account, US Air, for four years, managing its retail and Frequent Traveler program . Other accounts he worked on while at EPB were Weight Watchers International, Roy Rogers Fast Food Restaurants, Big Boy Family Restaurants, Safeway Stores, Spalding Sports Worldwide, and the American Floral Marketing Council accounts.

Schacht had  a bachelor’s degree in Sociology and a master’s degree in Marketing from American University. He also taught graduate-level courses in Promotion Management at American. He also was on the Board of Directors of the Advertising Club of Washington and on the Ad Club’s Executive Committee. He lived in Washington with his wife, Linda.