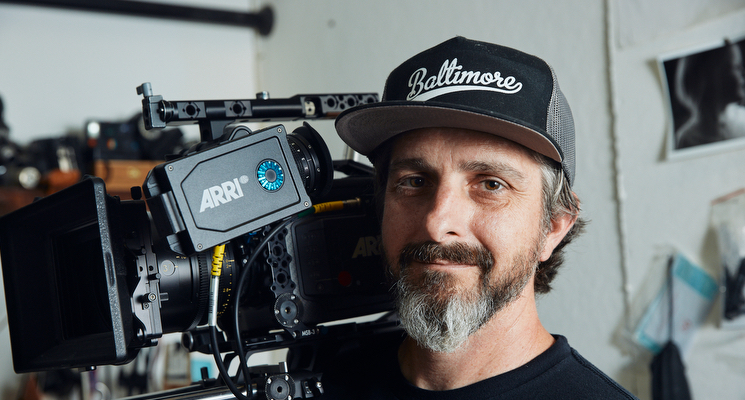 Michael, how did you get started?
I started in the business in 2000 right after graduating college. I worked on one small indie film and was drawn to the grip and electric departments. After the film wrapped I went to work at Serious Grip & Electric where I work learned the lighting end filmmaking. From there I transitioned to Director of Photography.

Who are some of your clients and why do they love working with you?
I’ve been fortunate enough to work with many of the commercial production companies in the Baltimore and D.C. markets. I always strive to be seen as a collaborator. Not just bringing my vision to the table but making certain my skill set as DP, brings the clients idea to the screen. What is your most invaluable tool?
I still lean first on my lighting background as my most valuable tool. Lighting has so much impact on an image in the emotion and the mood that we are trying to make our audience feel.

What gear/kit purchase have you made that you wish you didn’t?
I own a lot of gear at this point so I try not to get too hung up on the right purchase.  Usually if something isn’t “working” i just sell it pretty quickly, rather than letting it die a slow death sitting in my studio.

Who has inspired and helped you along the way?
Stewart Stack – serious grip and Electric – was a mentor for me early on. More valuable than any lighting knowledge he passed on was the set presence and crew leadership he modeled. 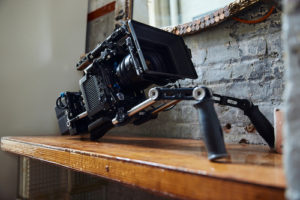 What do you love about the work you do?
For me, being a director of photography is the perfect balance of creative and technical in an art form.

What was a favorite production you’ve worked on and what made it special?
That’s a tough one. The commercials are always exciting, fast and furious, but I loved shooting a feature film called ‘Among Mountain Crags’. It was such a deep dive. Our director put so much thought into every detail that it demanded I do the same with every frame. What advice would you give to others who are starting out in your field?
Be good to your fellow crew people. Every department. From the PA’s up to the director and producer. It’s inspiring to watch a really well run film set. Every department is tuned in to their part of the equation and working together like a machine. Be part of that machine.