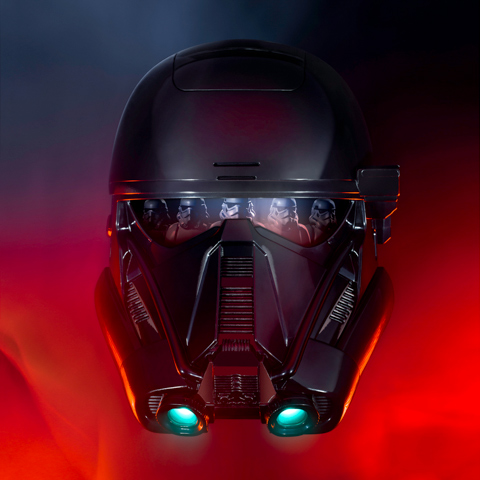 D.C.-based photographer Cade Martin just completed a project to photograph the latest Star Wars toys for Target – toys that will be released for the 2016 holiday season.

“Throughout my career I’ve always been defined – you’re a reportage photographer, a corporate photographer, a dance photographer. It’s natural to try to fit people, and their work, into a neat little space. But I honestly feel that all of my work has been a continuation of itself regardless of genre. So though I’m not a “toy photographer,” I was beyond excited to be considered for this project.

“From the first call, it was clear that the agency, Deutsch, saw past any proverbial boxes. They saw what I’ve just recently started to realize – that the movies and comics of my youth have been some of my greatest and most important influences in my life and my picture-making. These were key ingredients in who they were looking for — a photographer that loved cinema and also harbored an inner-nerd.

“As timing would have it, I was on a Griswald-esque family vacation when this opportunity presented itself. While driving up, down and around the West Coast I pulled my two boys into the pre-production mix.  “What are you seeing here,“ “what would you like to see happen” – one of the first things out of their mouths was “Do we have to follow the rules?” and “I’d like to see the hatch open and suck them out into space!” Kids. Funny and I’ll remember it forever. But, in truth their perspective also allowed me to start seeing things from a fresh point of view and channel the excitement of kids – the very kids who would take those toys and create their own rebel worlds. 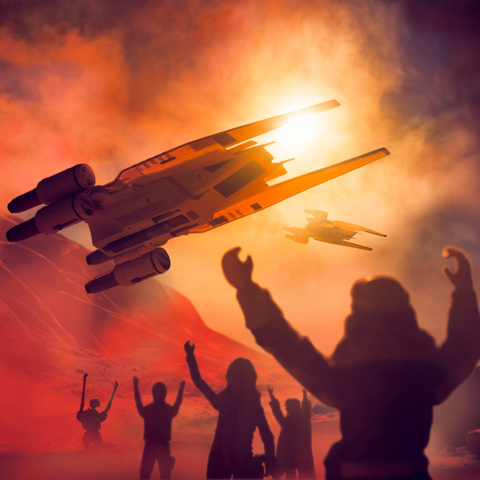 “The agency was just as excited as I was to envision the scenes that these toys would inhabit. I immediately imagined the toys as characters in a stop-motion film – pulling inspiration from the original King Kong, to Ray Harryhausen, to Jason and the Argonauts, to the genius of the recent film Anomalisa and the amazing stop-motion work from Laika. And they were totally on board with a cinematic approach, with everything captured in-camera.

“Fast (and I mean fast) forward a few weeks and I’m in LA for a three day studio shoot.  And while it always takes a village to pull something like this off, I am indebted to Deutsch for entrusting me to create these worlds, to the retouchers at Sugar Digital and to Amy Whitehouse, the producer that also led me to a kindred spirit set designer, Todd Davis, who was just as excited as I was to create these authentic small worlds.”

(Cade also photographs Capitol Communicators popular “up close and personal” profiles, which you can see in our Profiles section.)