Home » Communicator Spotlight: Q&A with Baltimore Broadcaster Tony Pagnotti, Author of ‘My Scripted and Unscripted Life: A Memoir of a TV Newsman’ 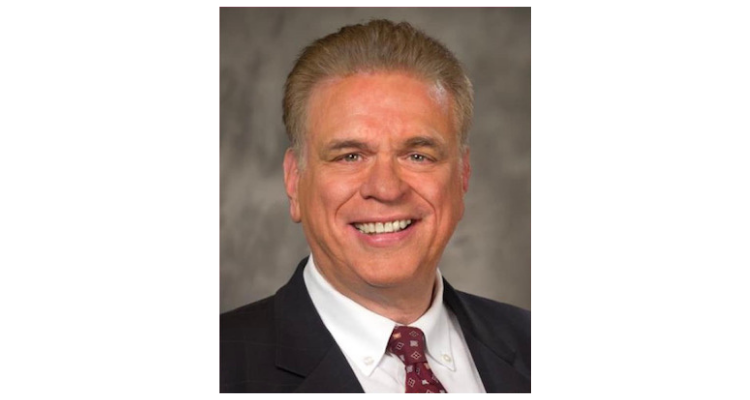 Communicator Spotlight: Q&A with Baltimore Broadcaster Tony Pagnotti, Author of ‘My Scripted and Unscripted Life: A Memoir of a TV Newsman’

Capitol Communicator has been interviewing people who are or have been in the media about their careers and the media. Below is our Q&A with Tony Pagnotti, long time Baltimore broadcaster and meteorologist at WMAR-TV and Fox45 in Baltimore. Tony turned to teaching and recently released a book, described as “an intimate memoir of the author’s professional and personal experiences during a forty-year, well-traveled career. Now retired, Pagnotti takes a look back at the ups and downs, of both climbing and descending the ladder of local television stations. He takes us on his colorful journey, with stops ranging from the hills of North Carolina to 30 Rock in NYC.”

Hi Tony, what are you doing now? 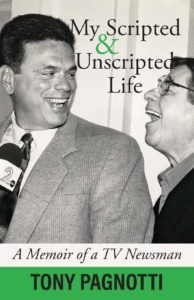 I am semi-retired working as an adjunct communications instructor at Howard County Community College and Community College of Baltimore County. I’ve also written a book, My Scripted and Unscripted Life: A Memoir of a TV Newsman, released on May 4th!

My career began in 1976 at WLOS TV in Asheville. At $4.00 an hour I did it all, reporter, photographer, anchor, producer, and film editor.

Starting in grade school I always enjoyed reading newspapers and taking the information to write and record my own mini broadcasts.

Who have been your role models and why; what stories moved you the most?

I have always had a strong interest in telling the motivational stories of inspiring special children and their families who I was fortunate to meet and become friends with while hosting various telethons. I felt blessed to be given the platform to help raise awareness and money for such great causes. It was this type of heartfelt story that moved me the most. However, the downside to it all would be in all too many cases my young friends didn’t survive and I would have to report the tragic news on air.

Technology has been both a blessing and curse for broadcasting. Up to the minute news is at our fingertips. But that has resulted in a deep decline in TV viewership. Computerization has replaced jobs that were once done by journalists. While media outlets will continue to struggle to remain relevant, they need to stay strongly connected and care about the communities they serve.

I am a frustrated singer and standup comedian.

I love spending time with my two daughters, grandkids and serving as a volunteer with Howard County’s GETTING AHEAD, a program designed to prepare low-income families to enter the workforce.

Stories are the essential human art form. There are quite a few of my TV tales in my soon to be released memoir which will be available on Amazon and other book outlets.