Home » Excuse Me, But That Happy Face Emoji Really Annoyed Me! 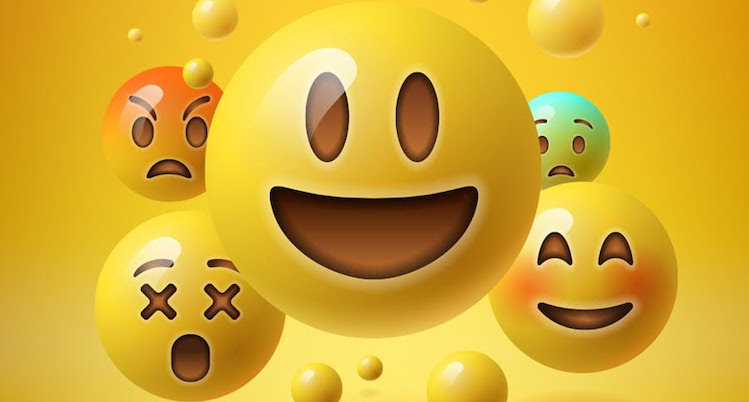 Excuse Me, But That Happy Face Emoji Really Annoyed Me!

Apparently, a smiley face is no longer just a smiley face. According to an article by Aiyana Ishmael of The Wall Street Journal, the familiar grin now means different things to different generations.

For example, when 21-year-old Hafeezat Bishi started an internship at a Brooklyn digital media company, she was disturbed when co-workers greeted her with a smiley face. She didn’t feel the warm, friendly welcome that was the intent. Instead, for her it conveyed a side-eye, disingenuous smile.

“I had to remember they are older because I use it sarcastically,” Ms. Bishi said of her new coworkers. “There are so many emojis, and Gen Z can never take things in a simple manner.”

The fact is, people of different ages take different meanings from emojis that substitute for words.

The rise of remote working as a result of the pandemic has contributed to the misunderstanding of the meanings of emojis. This according to Erica Dhawan, author of “Digital Body Language: How to Build Trust and Connection, No Matter the Distance.”

According to Ms. Dhawan, people over 30 generally use emojis to convey what the images always did. But young “digital natives” might ascribe sarcastic meanings or use them as shorthand for a completely different thought.

For instance, a skull and crossbones means death or hazard to most adults. Contrariwise, many younger people say it signifies laughing extremely hard as in, “I’m laughing so hard I’m dying.”

The confusion continues. Since he graduated from University of Michigan, 21-year-old Ranganath Kathawate has spent a lot of time texting with his mom and younger brother.

“Why did you send a crown emoji when your brother sent his test scores,” his mother asked. He said the crown signifies a king. It meant his brother was doing well. His mother, Gayatri Kathawate, says the way her sons’ generation uses emojis is a whole new language. Now, she’s more likely to just pick up the phone to avoid the confusion that sending emojis might cause.

Rachel Eliza is 19 and spends a lot of her time explaining to her parents why their choice of emojis are, to her, humorously off-base.

Online dictionaries define the upset emoji with the frowning face as frustrated. At least, that’s the way Ms. Eliza’s father sees it. But it reads more sensual to Gen Z. It’s almost like a pained sigh because someone is so attractive.

But Ms. Eliza’s father insists on using the emoji the original way and believes that no one sees the “dirty” meaning except she and her brothers.

In another example, after sophomore cheerleading practice at Eastlake High School in Sammamish, Washington, 18-year-old Haley Francisco says the team always received a cheerful smiley face text from their coach, Sara Anderson. When someone told her the smiley face seemed passive-aggressive, the coach was shocked. Now, she has switched to the blushing smiley emoji, which looks nice with its rosy cheeks, although she admits that she’s probably never using the right one.

19-year-old Zion Ramirez works as an EMT near Los Angeles. He likes the idea of using emojis out of context.

“I feel like there’s more creativity and conversation when you’re not using emojis the way they were meant to be used,” he said.

In fact, he’s against using the regular laughing emoji – a face laughing so hard that tears are coming out of its eyes. Although his older teammates fire it off regularly, he finds it “basic” and says if anyone uses it unironically, there’s a good chance he won’t respond.

In fact, he dislikes it so much that he has designated it a sign in case he needs rescuing.

“I told my best friend if I ever send her the laughing emoji, she needs to know that I need help,” he said. “Call 911. I am in danger.”

Here are a few other examples how Gen-Z-ers have reinterpreted the meanings of some emojis: While millennials and older people might use a heart or even roses to express their approval of someone’s post or picture on social media, Gen-Z might turn to the fire emoji for this, meaning something is “hot”, “on fire” (not literally), “lit” or “turnt up”. Gifs of celebrities rolling their eyes is a common way of conveying sarcasm or moderate disdain, but not for Gen-Z. For ages 9 to 24, an eye-roll emoji indicates a “duh” moment, often expressing sentiments such as: “Yes, I know I am all that and a bag of chips” or “Why do you even bother asking?” 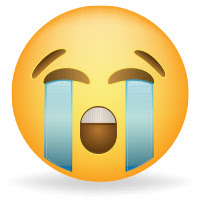 This is a classic example of Gen-Z expressing excitement, anger, frustration, laughter and many more overly dramatic feelings. Someone said something hilariously stupid? Or something’s so cute you can’t handle it? You can use any kind of text with this emoji to exaggerate and highlight your words – it’s all in the context. This emoji has sparked so much debate as to what it actually represents. It is commonly used by different generations in different ways. Many older millennials use it as high-five, while Gen-Z use it as a please and thank you accompanied by requests. The “person with folded hands emoji” is also used in India to say “namaste”.

According to Emojipedia, it means please or thank you, prayer, and rarely a high-five.

For millennials, these emojis might remind them of the emoticon characters  ¯\_(ツ)_/¯ during BBM or early Facebook days. The clown face emoji was approved as part of Unicode 9.0 in 2016, and later saw a notable jump in usage on TikTok. It is often used by Gen-Z to express silliness or playfulness, typically saying “you are foolish or playful” or “you are clowning right now.”