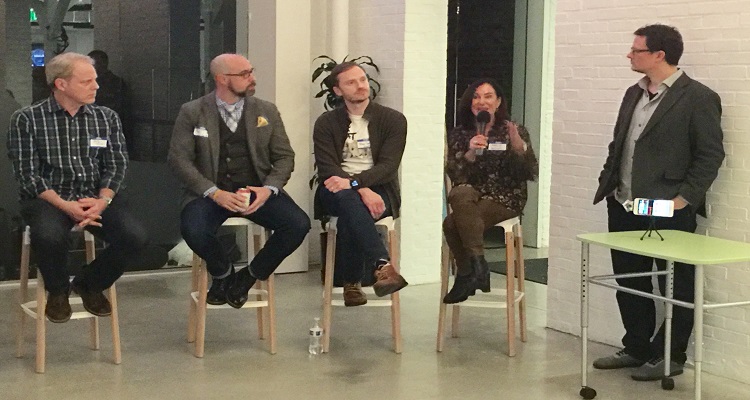 “We are so fortunate to have two amazingly talented and smart creative directors at the helm of our creative department,” said Roger Gray, Chairman and CEO. “I have personally worked with Mark and Dave for more than 12 years and continue to be impressed by the quality of work they create and how they continue to raise the bar for our clients and staff every day.”

GKV’s creative team was previously under the direction of Millman, who has been with GKV since 1983. While Millman will continue his leadership role with several accounts, particularly with baby boomer and health-care focused clients, he has turned over the day-to-day operations, strategy and oversight of GKV’s creative department to Broscious and Rosica.

Broscious has over 25 years of creative experience in advertising, first as a copywriter, then creative director, and currently as a chief creative strategist. In his tenure as a creative partner at GKV, he’s played an integral part in many of the agency’s most successful campaigns: PANDORA Jewelry, Sprint, McCormick, Snyder’s-Lance, Blue Cross Blue Shield and the Maryland Lottery.

Prior to joining GKV, he served as a lead creative for various Northeast advertising agencies, developing highly effective, awarding-winning work in the consumer, business-to-business and direct response categories.

At the Baltimore office of Weber Shandwick, Michael Tirone joins as vice president for client digital experience. In his new role, Tirone will lead client marketing strategy and account team management for the agency’s telecommunications, energy, financial services and healthcare clients with an emphasis on B2B and B2C digital programs. Previously he was a senior digital marketing strategist at R2integrated, where he founded and ran a comprehensive, full-lifecycle content marketing strategy and execution service.

Also at Weber Shandwick Baltimore, Steven Milano joins as designer for user experience. Previously he was a UI designer for Zenful, a California startup, and assistant designer for Earth Treks in Columbia. Marcelly Goncalves joins as junior associate for paid media planning and buying. Previously she completed a creative development internship with media production company Sesame Workshop and served as a TV Production intern at Celebrity Page TV in New York.