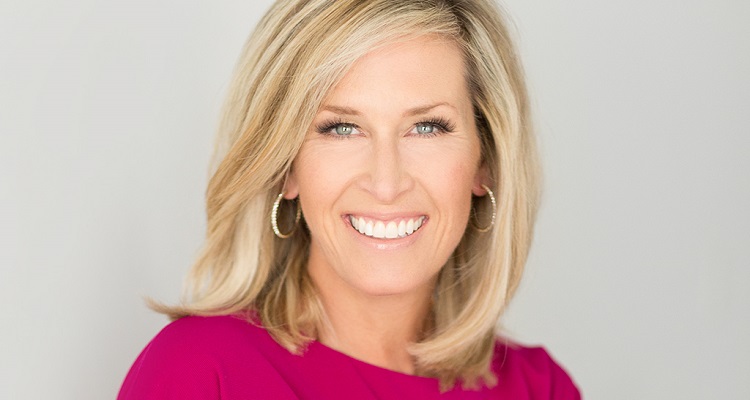 Capitol Communicator has been interviewing people who are or have been in the media about their careers and the media.  Below is our interview with Laura Evans, who was at WTTG-TV, Washington’s Fox News affiliate, for 18 years, including as anchor of the 5 p.m. newscast.

Laura, what are you doing now?

I am President and CEO of Laura Evans Media – a progressive PR firm. Our mission is to bring stories to light that provide solutions to many of the problems I once reported on. I work with an incredible team of eight former journalists – all storytellers and creative thinkers who share the same passion for telling solutions stories.

I have always been a news junkie. I went into news because I love to write and because of my curiosity about the world, about people and about why things are the way they are. I am so interested in what makes people tick. I love the adrenaline of news, I love stories about people who pick themselves up after adverse situations and go on to help others.

Taking it all the way back, my first internship was at KTVU in Oakland/San Francisco.  However, my first reporter/anchor job was at KIEM (NBC affiliate) in Eureka, CA. (market 187)

I spent 25-plus years on the front line of some of the biggest stories of our time – from 9/11 to the DC sniper attacks, I lead election night coverage, presidential inaugurations and the Bush/Gore recount. I’ve also done sit down interviews with myriad lawmakers, entertainers and newsmakers, but the stories that moved me the most are those about people who deal with adversity, tragedy or major challenges in their lives and not only overcome them but are inspired through the process to become changemakers and disruptors. Those stories moved me as an anchor and reporter – and I know they inspired others – and I’m now focused in my business on helping those people to tell those stories.

I recall one in particular in which a mom nearly lost her son to a drowning and made it her life’s mission to help people learn CPR. Another story I covered about a woman whose husband could no longer button his own shirts because he had Parkinson’s. It was a loss of independence and dignity – and it hit him, and therefore, her, harder than they’d ever imagined. She ultimately invented a shirt with magnetized buttons for people who lose the use of their fingers. Today she has built a company out of the invention and the shirts are restoring dignity for everyone from veterans to the elderly.

What’s the best and worst parts of running a PR firm?

The best parts of the job:

And, the worst part of the job:

Who have been your role models?

In addition, I’ve also been inspired by many of my clients like Dana Dornsife who lost her brother-in-law to pancreatic cancer and then went on to build a cancer foundation that’s since helped thousands of other cancer patients and has even led the charge to change state laws and FDA guidance.

Credibility. The lines are blurred between opinion and fact and even the word “journalist” has become muddied. Someone recently invited me to sit on a panel about “activist journalism” and I told them that’s an oxymoron where I come from. I sat on the panel anyway and I laid out the case for why their premise wasn’t correct. I believe consumers are confused and don’t know where to go to get balanced news that is fair and accurate. The Solutions Journalism Network and other groups and projects are working to bring back basics to news. We have a long way to go.

I am a health nut. I enjoy working out on my Peleton, running on the treadmill and doing yoga. I love hiking with my husband and kids – when I can get the kids to go with us – especially when it’s WARM OUTSIDE! I’m a California native and I’m still not used to the cold. I love traveling with my husband and kids and entertaining in our home and we can’t wait to host friends again once the pandemic is over.

While I no longer do them, I have competed in more than 20 triathlons, I own a horse and our whole family lives on the same street which is a lot of fun. I also meditate and make really good chocolate chip cookies!