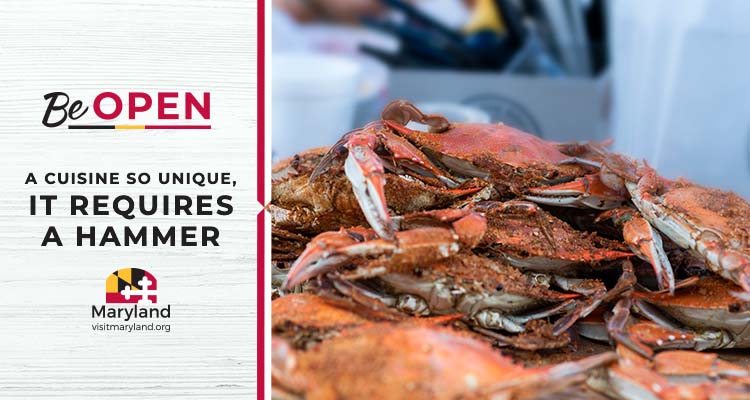 The Maryland Department of Commerce’s Office of Tourism & Film has retained Marriner Marketing Communications in Columbia as its Agency of Record.

According to a press release, after soliciting proposals from prospective vendors from across the country, the Office of Tourism & Film elected to build upon the “tremendous success” it achieved with Marriner during the past five years, with approval from the Maryland Board of Public Works.

“Marriner has been an exceptional partner for the Office of Tourism. After achieving early wins together, the Marriner team was invaluable in helping us navigate an unprecedented time in the travel and tourism industry,” said Liz Fitzsimmons, managing director of the Office of Tourism & Film. “Continuing our partnership with Marriner is unquestionably in the best interest of Maryland’s tourism industry.”

As the state’s official travel marketing agency, the Office of Tourism will collaborate with Marriner to build upon the communications strategy, which will create awareness and visitation to the state’s attractions, accommodations and services. This will include highlighting Maryland’s coveted waterways, scenic byways, and access to the Chesapeake Bay, and showcasing Maryland’s unique culinary experiences. In addition, the strategy will build upon Maryland’s position as the Most Powerful Underground Railroad Storytelling Destination in the World. Additionally, Marriner has committed to work with multiple MBE and VSBE subcontractor partners throughout the term of the contract, including REJ & Associates, Maryland Marketing Source, Britt’s Industries Inc., and Aliceanna Collective.

Over the course of the previous five-year contract, Marriner Marketing and the Maryland Office of Tourism & Film achieved significant results. Marriner said the launch of the “Open” campaign in 2019 generated 123,000 incremental visitors from 53,500 incremental trips and $45.4 million in direct spending from incremental visitors, resulting in $6.2 million in tax revenue. Overall, the campaign’s ROI was an impressive 31:1. During the pandemic, Marriner and the Office of Tourism & Film shifted strategy and adapted messaging to account for the new traveler mindset, resulting in an expectation exceeding $6 million in incremental hotel revenue in 2020 and more than $9 million in incremental hotel revenue in 2021.

Marriner Partner and Executive Vice President of Brand Integration David Melnick said, “We are so proud of all that we have accomplished with the Office of Tourism during the past five years. However, we know that we still have some unfinished business. As the travel and tourism industry emerges from the dark shadow of the global pandemic, competition for the traveler’s attention and business will be fierce. Through our proven Clarity process, captivating creative solutions and advanced precision targeting techniques, we are eager to motivate visitors with a wide range of interests and appetites to explore all that Maryland has to offer.”