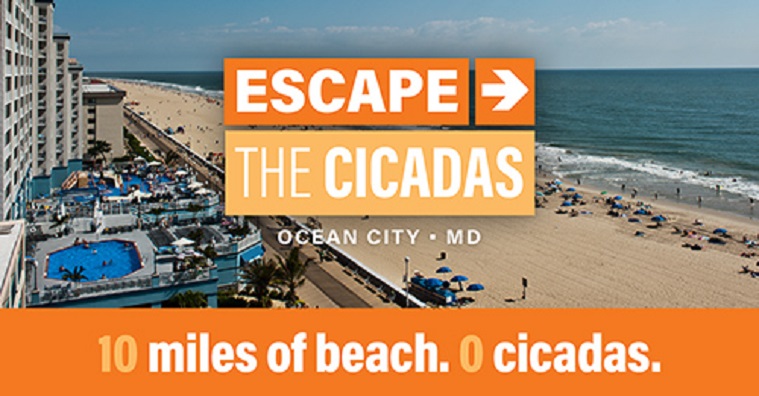 Cicadas are re-emerging after their 17 year hiatus, with Maryland as the epicenter of the surge. However, cicadas don’t vacation in Ocean City, Maryland, and a new campaign suggests a spot to escape the constant buzz.

“That’s right. Ocean City is a cicada-free East Coast oasis,” according to the official website of Ocean City. “Entomologists who study the bug have concluded that cicadas aren’t partial to the sandy soil conditions that our beach town has to offer — guess they don’t like good times, mini golf, and long walks on the beach.”

Ocean City Communications and Marketing Director Jessica Waters said the town has “ramped up its campaign in its major markets up and down the east coast and beyond through social media and public relations outreach. Just last week, Mayor Rick Meehan appeared via Zoom on the television show ‘Good Morning Columbus’ in Ohio to pitch the idea to residents in that area,” according to a report in the Maryland Coast Dispatch.