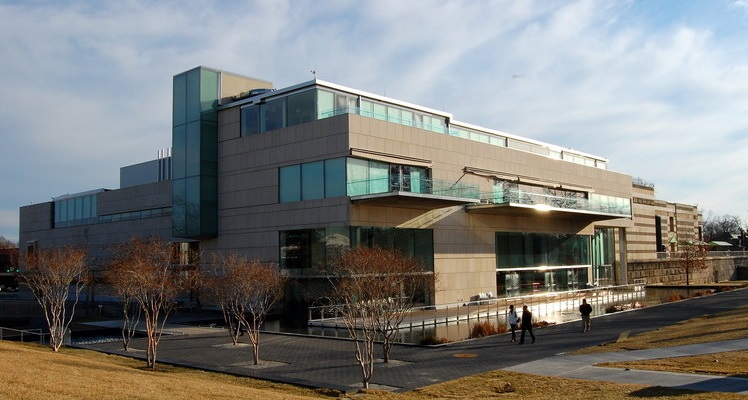 The Richmond Chapter of the Public Relations Society of America (PRSA) honored statewide organizations and companies for excellence in public relations at the 2015 Virginia Public Relations Awards ceremony May 21 at The Virginia Museum of Fine Arts, pictured above.

“The Virginia PR Awards have been around for a long time, but in the last few years, we’ve seen record increases in both the number of entries we receive and in the number of entries that come in from other parts of the state,” said Rachel Beanland, president of PRSA Richmond and assistant dean at Washington and Lee University. “The Virginia PR Awards may be hosted by PRSA Richmond but they’ve very much become a statewide celebration of the profession.”

The Commonwealth Best in Show was awarded to Virginia21 for their “Save Our Slice” campaign, submitted in the public affairs category. The grassroots campaign mobilized 1,800 people to take action and influenced the governor’s decision to invest in financial aid and avoid cuts to higher education.

The Capital Best in Show were awarded to a pair of winners, the result of a tie. Free Agents Marketing and Bon Secours Virginia Health System were honored for their social media campaign “Fandemonium,” which used an integrated approach to help the Bon Secours Redskins Training Center retain momentum after its initial launch. PadillaCRT and The Federation of Quebec Maple Syrup Producers were recognized for the social media campaign, “Pure Canada Maple Versatility Contest,” which sought to educate Americans about the versatility of maple syrup – at risk due to a decline in pancake consumption – by implementing a Pinterest campaign that increased their fan base and generated website traffic.

During the ceremony, PRSA Richmond presented Suzanne Hall with this year’s Thomas Jefferson Award for Excellence in Public Relations. Hall is the chief communications officer for the Virginia Museum of Fine Art (VMFA), where she has worked for 30 years. Active in the community, she is a board member of the Historic Monument Avenue and Fan District Foundation and has volunteered in Haiti, Southern Sudan and areas devastated by Hurricanes Katrina and Sandy. (See separate post on Capitol Communicator website.)

The Rising Star Award recognizes a Richmond professional who has five or fewer years of experience in the public relations profession. This year’s Rising Star Award was presented to Jay Ell Alexander, a public information officer for the City of Petersburg.