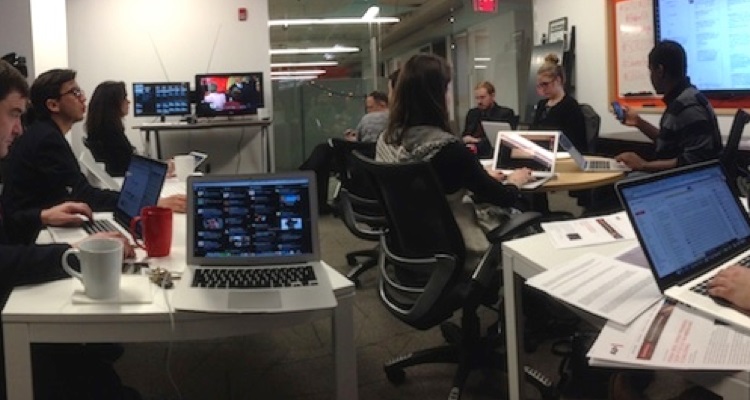 D.C.-based digital agency Social Driver was featured on WUSA 9 on Jan. 20, when agency co-founders Thomas Sanchez and Anthony Shop, along with members of the Social Driver team, spent that Tuesday night in Social Driver’s “Social War Room”, created to track and analyze the social media conversation taking place while the nation watched President Obama address a litany of water-cooler topics during his State of the Union address.

The team at the digital agency spent the night monitoring their mobile devices, laptops, computer monitors, and television screens, providing insights into the role social media played in the State of the Union address. This year’s SOTU was a departure from that of previous years, with many of the broadcasts integrating hashtags and cues to tune into social media – especially when President Obama addressed NASA astronaut Scott Kelly, encouraging him to “make sure to Instagram” his year-long journey into the cosmos. Social Driver rapidly reacted, live-tweeting an image recognizing and highlighting the president’s “social media shout out”. In addition, the digital agency live-tweeted on behalf of clients within the education space who wanted to join the conversation.